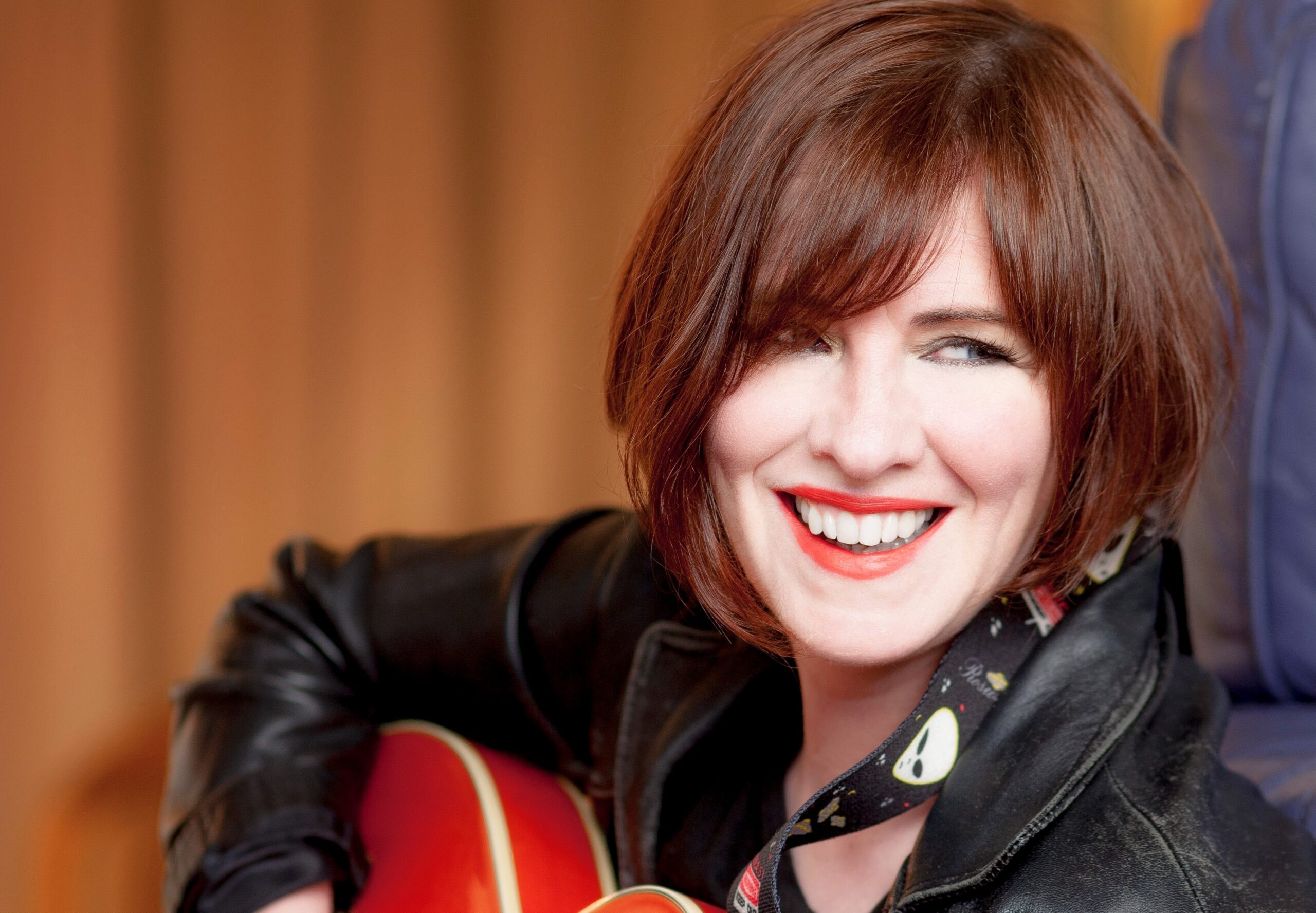 Having released her 16th album “Gimme Some Wine” to rave reviews at the end of 2021, Eleanor McEvoy one of Ireland’s foremost songwriters is now back on the road following the release of her latest riveting single “South Anne Street”

Her live show is spellbinding. She walks in a single pool of light, the stage set with an electric guitar, an acoustic guitar, violin, piano and a small amp. What follows has been enthralling audiences around the world for decades.

McEvoy is the composer, co-performer and producer of “A Woman’s Heart”, the title track for the best-selling Irish album in Irish history. It features regularly on screen, most recently in 2019 in the award-winning TV show “Derry Girls”.

Her song “Sophie” was described by David Smith in The Guardian as “an anthem that is touching, inspiring and consoling thousands of anorexic girls around the world” It is used internationally in treatment centres to treat patients with eating disorders.

In February 2020, Eleanor McEvoy completed four sold out concerts at the National Concert Hall and National Opera House where she performed with the RTE Concert Orchestra alongside Wallis Bird and Maura O’Connell for “A Woman’s Heart Orchestrated”, two days later she boarded a plane for a five-week Australian tour that ended abruptly at the onset of the Covid ‘19 pandemic.

Upon her return she wrote “Scarlet Angels” inspired by the recent concerts with the RTE Concert Orchestra where McEvoy, Wallis Bird and Maura O’Connell had all worn red on stage. She continued to write throughout lockdown, teaming up with Paul Brady to write ‘Found Out By Fate’  – a savage indictment on a cheating partner. Having herself had some wine at this point, McEvoy’s own quote on this one was to “Think twice before cheating on a songwriter”  Her most recent single ‘South Anne Street’ sets the scene for a song about meeting an ex at the corner of South Anne St and Grafton Street on a Tuesday afternoon and ending up in McDaid’s Pub.  It is both absolutely specific and utterly universal and it has resonated with audiences both here and abroad.

Through this fusion of bygone and modern, established and innovative, McEvoy creates something totally fresh but with a taste of the familiar…with, perhaps, a glass of red on the side”