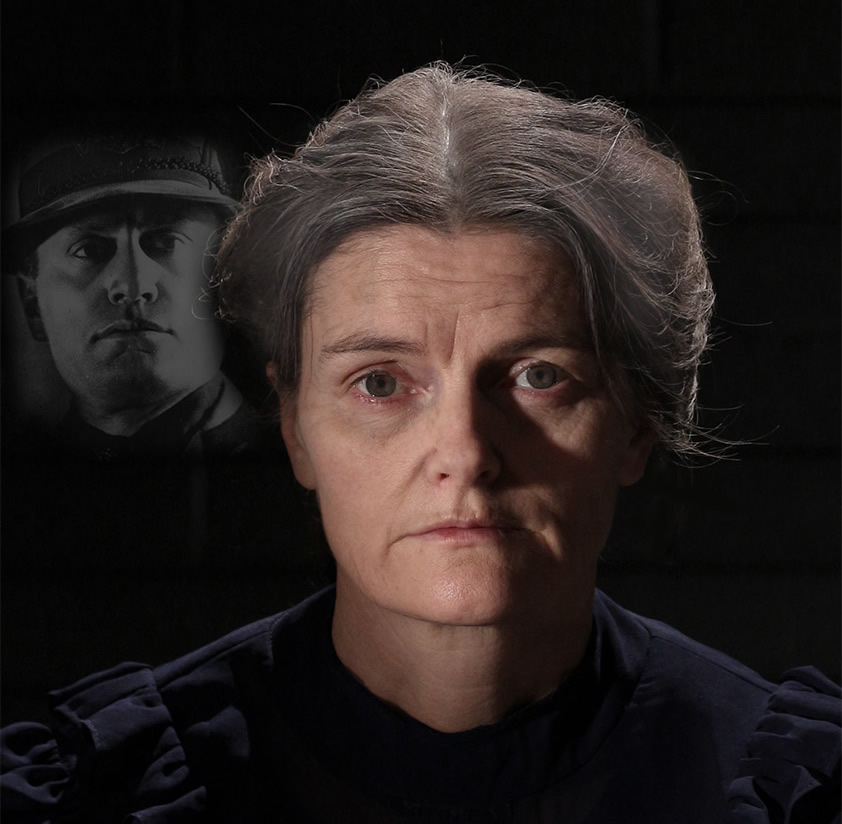 In 1926 Irish aristocrat Violet Gibson (aged 49) shot Benito Mussolini the then Italian Prime Minister. Everyone except Violet thought it was madness. The fate of Violet hinged on whether she would stand trial as a political criminal or be declared insane. We hear Violet’s self effacing and often funny account of her absurd life governed by illness, death and the shackles of a male dominated Victorian society. Her questioning nature will not let her fiddle and twaddle her days away with nosegays and needlepoint and she strives to achieve something meaningful in her life. Psychological exploration brings her to religion and moral obligation.

Is Violet mad, bad or neither?

Can society benefit by listening to the people who stand alone and bold?

The play explores the dangers of demoralising citizens by creating minorities and instability of moral judgement on all sides.

Written and performed by Alice Barry

Sound and music by Rob Moloney