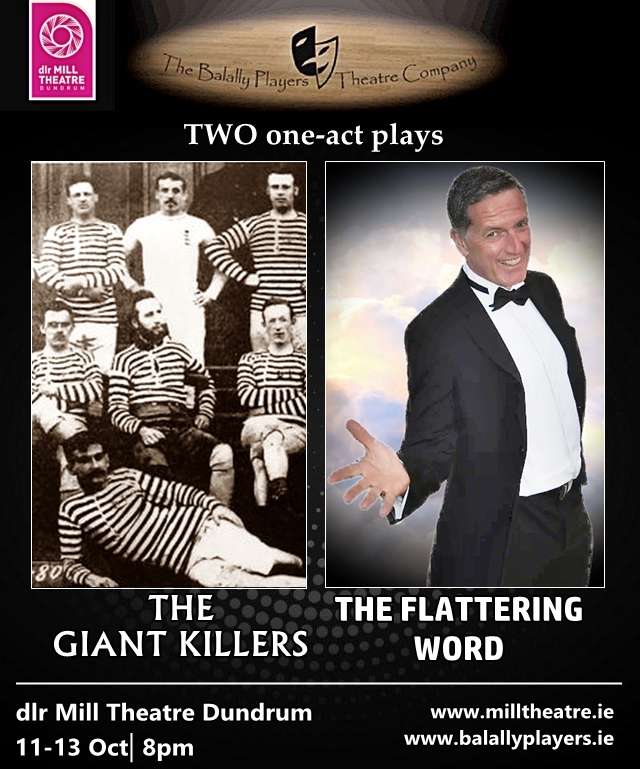 The Giant Killers by Eve and Andrew Pearson-Wright, The  Flattering Word by George Kelly

The Giant Killers – The inspiring true story of football’s greatest ever underdogs.
Set in the early years of Association Football, The Giant Killers follows a ragtag bunch of Lancashire mill workers who defied all odds to become the first working-class team in the country to play in the FA Cup. Left tired and despondent from the cotton famine of the 1870s, this small group of northern lads found pride and hope in a game that up until then had been reserved for the upper classes.  Darwen FC rose up against prevailing social prejudice and the might of the Football Association, to earn a place in history as the first real ‘giant-killers’ in English football, and take on the “poshest team of all” – The Old Etonians. Scoring a massive moral victory for all working class people, the team proved that passion and spirit is worth more than wealth and privilege. When the Battlefield is the football pitch, everyone is equal. The Giant Killers is an absorbing, heartfelt story of a town that came together to achieve the impossible and win the respect of the nation. A rip-roaring evening out, whether you know the off-side rule or not!

The Flattering Word –  A celebrated actor, Eugene Tesh, pays an unexpected visit to an old friend. During the course of his visit, he uses his charm to eradicate the other character’s prejudice against theatre, convincing them that they in fact have an unrealised talent for the stage. What ensues are some very funny moments of attempting to realise one’s secret desire to make the big time!