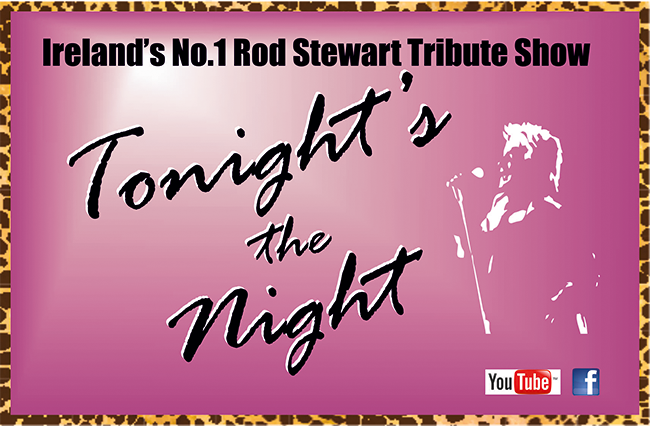 Ireland’s No.1 Rod Stewart Tribute show  ‘Tonight’s the Night’ have been wowing audiences far and wide. A 7 piece Live show with backing singers, Richie Lee is a very well respected frontman and knows how to connect with a live audience.

With reputedly the best sounding, most natural Rod voice in the world, costume changes and songs from Rod Stewart’s huge catalogue he will have you dancing in the aisles and singing along from the first song. A 2 hour roller coaster of Rod Stewart’s greatest hits and a few from thr Faces, this is rapidly becoming one of the most sought after tribute shows in the UK and Ireland.’