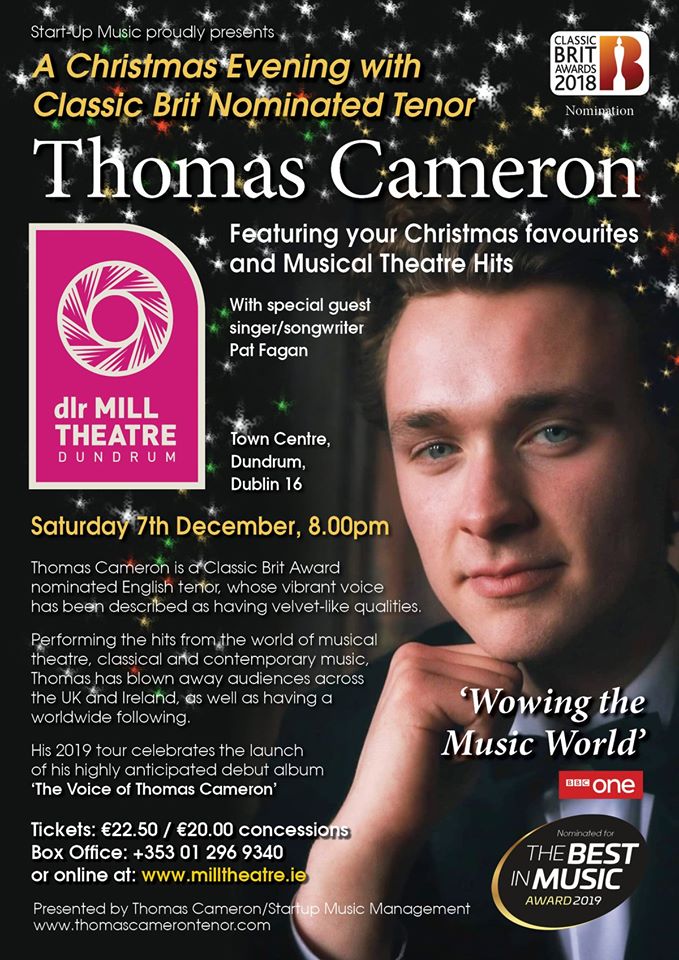 Thomas Cameron is a charismatic English tenor whose powerful voice is making waves in the world of classical music. His first three singles, ‘Bring Him Home’, ‘Nothing Lasts Forever’ and ‘Music of the Night’, taken from his beautiful debut album ‘The Voice of Thomas Cameron’ have been met with critical acclaim and great enthusiasm from his fanbase.

Thomas was featured on BBC television where they described him as ‘wowing the music world’, a statement fully endorsed by his nominations for The Best In Music Award 2019 and the 2018 Classic Brit Awards.

With his inimitable personality and performing a number of well-loved songs from his debut album, along with a new repertoire, Thomas is sure to please many tastes and gives a very special performance to remember.