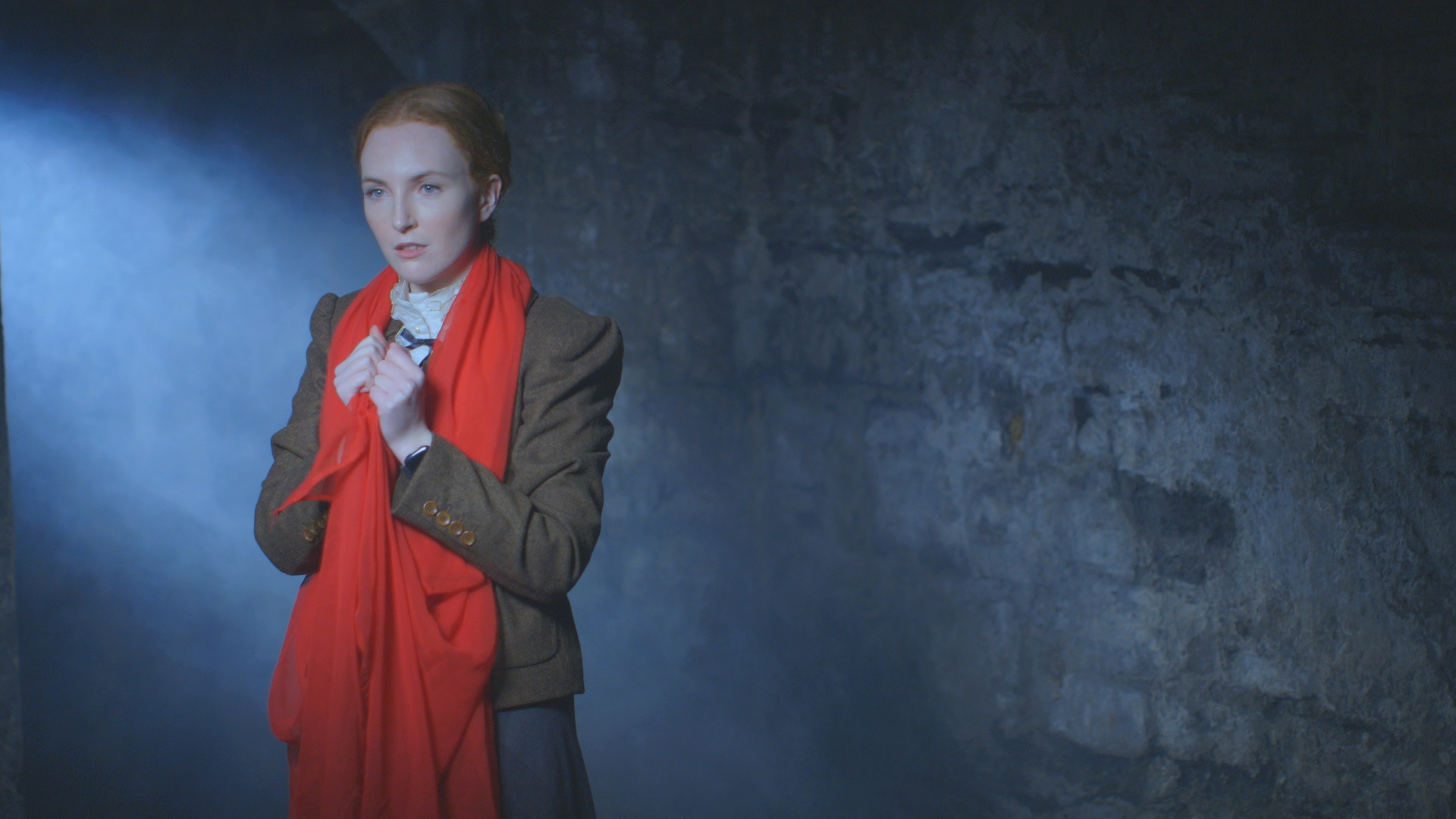 Presented as part of the Dublin Arts and Human Rights Festival
The Woman is Present: Women’s Stories 1916-1923 by Mary Moynihan is a creative celebration of radical women’s stories from the decade of commemorations in Ireland covering the period 1916 to 1923. Stories include Constance Markievicz, Hanna Sheehy Skeffington, Helena Molony, Margaret Skinnider and Grace Gifford.

In the performance, Constance Markievicz and her friends, Helena Moloney, Margaret Skinnider and Hanna Sheehy Skeffington, reflect on memories of the 1916 Rising, the Irish War of Independence and Civil War, their time in prison, and the suffrage movement. This work is inspired by the writings of Constance Markievicz, with poetry excerpts by Eva Gore Booth and original testimony including an adaptation from Doing My Bit for Ireland by Margaret Skinnider. The performance also features the story of Grace Evelyn Gifford who recalls the story of her time with Joseph Mary Plunkett, one of the leaders executed after the 1916 Easter Rising and the youngest signatory to the Irish proclamation. It relates how they were married in Kilmainham Gaol chapel seven hours before his execution. Grace reflects on her experiences as a woman in the new Irish state.

The performance is followed by a post-show panel discussion titled  Citizens in an Equal Europe with invited guest speakers and audience participation, celebrating key events from history and themes of gender equality and diversity today,  linking the aspirations of the new Irish proclamation to the founding principles  of the EU in relation to democracy, equality and peace.  Guest speakers include Mary Moynihan, artist, theatre and film-maker, and Artistic Director, Smashing Times and Sínead McCoole, Historian. The lives of the women featured in the performances will be discussed and the relevance of such stories of pioneering women to today’s political climate.

‘Fantastic performance which really brought the character to life and was a reminder of the significant role women have played in forming the Ireland of today’.  Fidelma Keogh, audience member

‘I absolutely adored the performance. Megan was wonderful and I loved hearing about the history of such incredible Irish women’. Margaret Toomey, audience and company member

’Thanks so much for joining us yesterday, I really enjoyed the panel discussion and Megan’s performance and the audience did too, we had great feedback!’’ Aine Beamish, Leargas