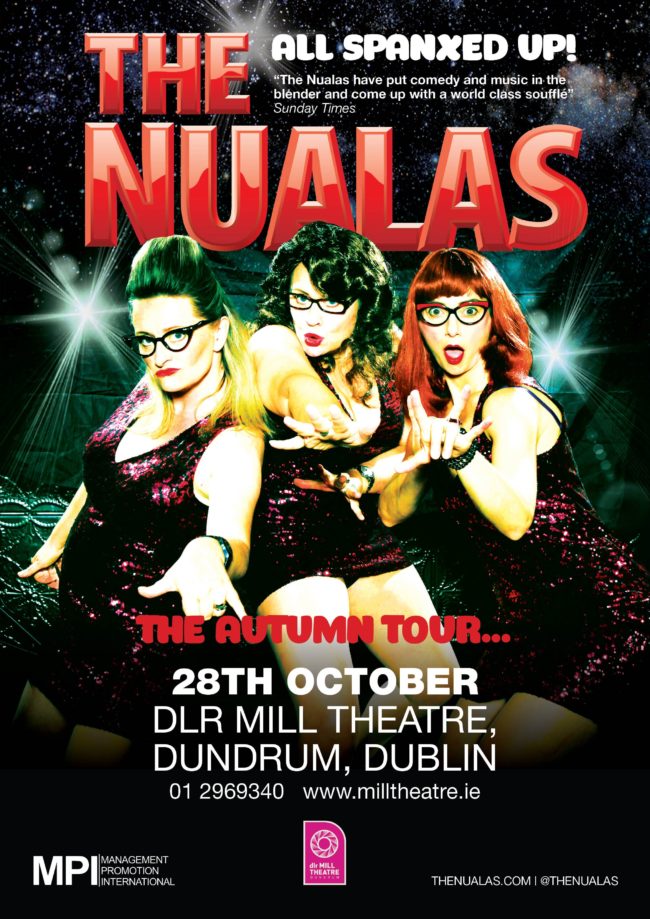 It’s Autumn 2017 – The Nuala sequins are out, the hurty shoes are on, the hair is coiffed to within an inch of its life and the liposuction didn’t work. But who cares! They’ve got spanx!
Yes, Ireland’s favourite all-girl, musical-comedy trio, The Nualas, are on the road again! Expect an an evening of scintillating new song, spleen-rupturingly hilarious new chat, and a stunningly bendy repertoire of new moves, despite the fact that they’ve lost all feeling from the waist down (the spanx).
Since their first outing in 1995, their unique brand of intricately-arranged, self-penned songs and provocative perspective on everything from spanx to hors d’oeuvres to global apocalypse has wowed audiences from Singapore to Moate.