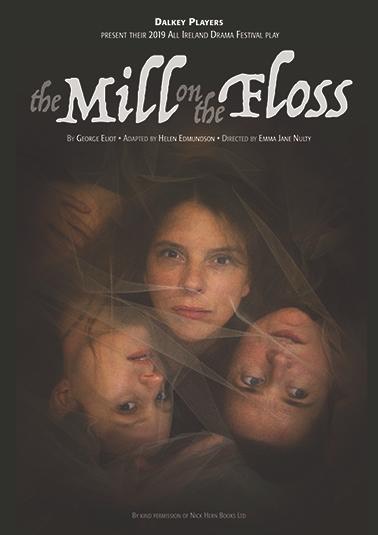 It begins with the ducking of a witch and ends with a flood; in between you will experience Helen Edmundson’s adaptation of George Eliot’s 1860 novel. In the rising floodwaters you see very mixed emotions of a woman trapped and doomed by the expectations of a society suspicious of an intelligent woman who thinks and feels too much for her own good at that time…….

Edmundson’s adaptation re-imagines Eliot’s novel by having three different actors play the heroine Maggie. The three actors play distinct and sometimes contradictory facets of Maggie’s character, at times sharing the performing space and interacting with each other. The device of the three Maggies expresses the heroine’s emotional conflict, with number one arguing for impetuous passion against number two’s moral restraint as number three is drawn into a relationship with her cousin’s wooer.

Directed by Emma Jane Nulty, this intensely moving dramatisation of The Mill on the Floss is inventive yet simple. The Cast of 8 play 17 characters. The setting is abstract with an emphasis on physical movement in order to depict the story.