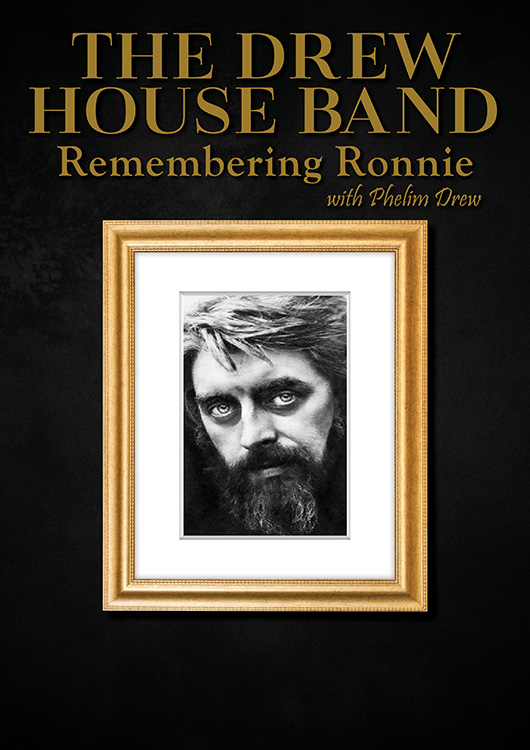 Thoughts from Phelim Drew:  “Growing up I was always struck by the electricity generated by a concert given by The Dubliners. Looking back I can see clearly that the group was exceptional not only because of the individual strength of the performers but that combined they were a force of nature.   That energy and excitement coupled with the unbridled joy of a Dubliner’s audience made for a nights entertainment that felt more like a party in full swing where the hosts and guests were in perfect harmony.  My ambitions as a singer have always been modest as a result!

Having spent my life working in theatre, along the road music has always played a big part in my tool box as an actor in shows like The Abbey Theatre production of The Risen People or Landmark/Olympia production of Once and, over the years, the enjoyment of playing small venues with friends.

In the years since my father passed away I’ve come to enjoy listening back over his musical legacy and the wealth of material has reawakened not only a sense of pride but also deep appreciation.

With the upcoming shows I’ll be telling a few yarns and singing some of the songs made famous by Ronnie, Luke, Barney, Ciaran and John.

Joined by Anto Drennan on guitar and Ger Kiely on electric guitar the night will be made by a mix of folk and other musical influences that will go towards creating a performance that hopefully the audience can enjoy as much as we will.

Running time of 2 hours plus an interval