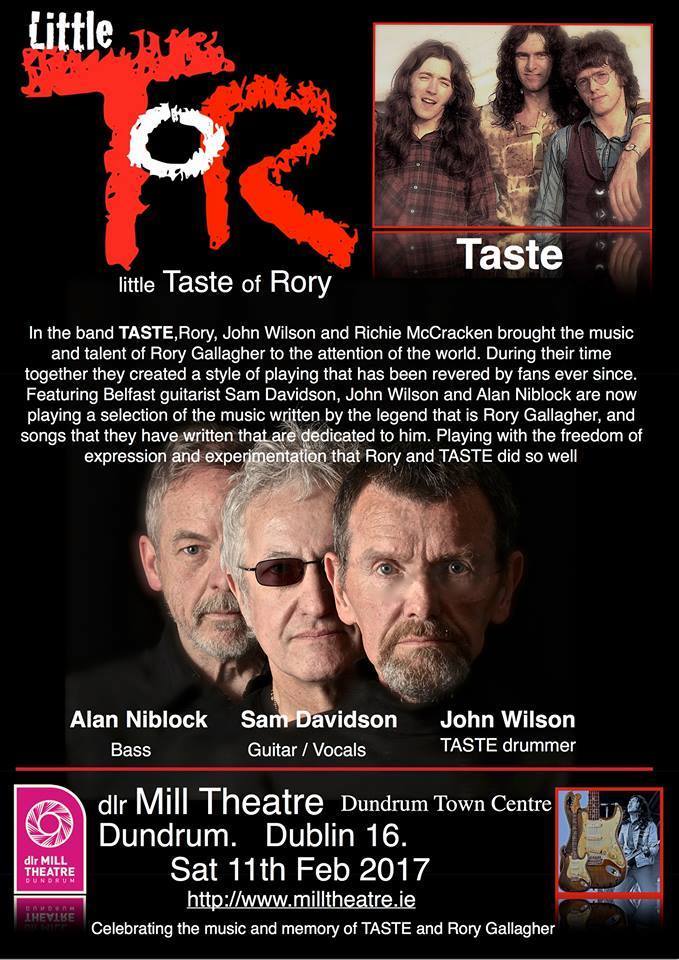 John Wilson and band play Rory Gallagher’s music Rory’s way –
“Rory never played the same song the same way, so why would we?”

John played in many bands who were leading the scene in Northern Ireland and throughout, from MISFITS to THEM with Van Morrison. He formed the band CHEESE with guitarist Richard McCracken and in London they were asked to join up with guitarist Rory Gallagher in his band TASTE. Taste spent the next few years constantly gigging and touring and building up a massive fan base around the world. Successful albums, TASTE, ON THE BOARDS, and TASTE LIVE IN MONTREUX followed.
John is joined by Sam Davidson a well known singer and guitarist in the NI Blues scene.They are joined by bass player Alan Niblock to make up this iconic trio.