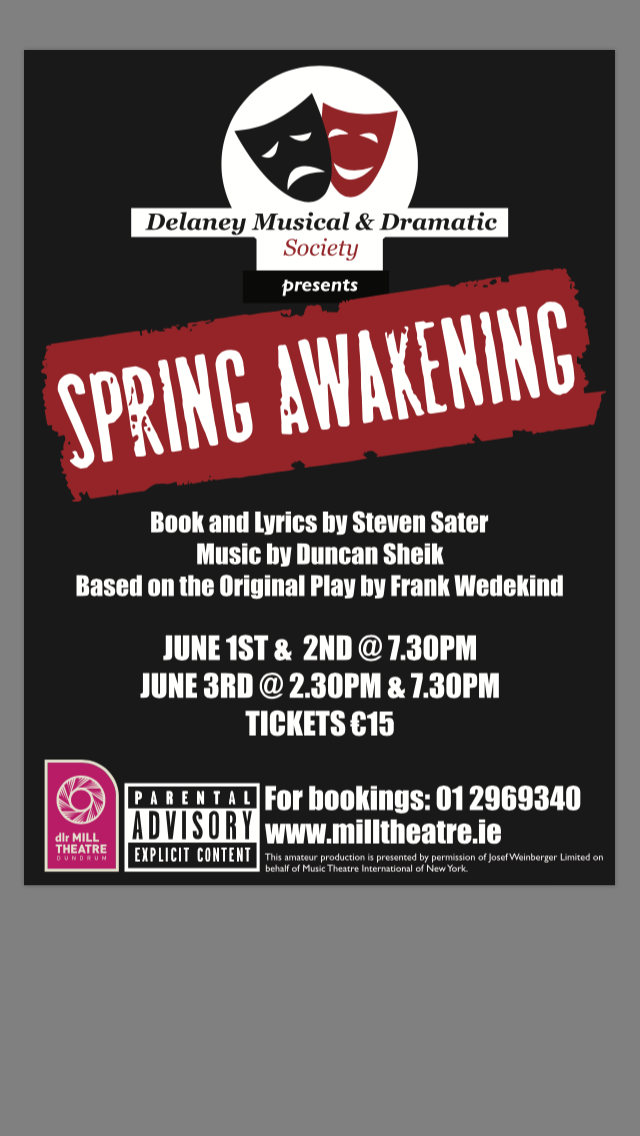 Originally a play written in 1891 by Frank Wedekind, the musical version was first brought to life in the early 1990’s, with music by Duncan Sheik and a book and lyrics by Steven Sater. Following a successful Off-Broadway debut, the original Broadway production of Spring Awakening opened on December 10 2006, at the Eugene O’Neill Theatre. The original production won 8 Tony awards including Best Musical and Book. The show was revived on Broadway in 2015, and garnered a further three Tony nominations.

Set in late-19th-century Germany, Spring Awakening tells the story of teenagers discovering the inner and outer tumult of teenage sexuality during a very conservative time period. The use of Rock music in the show creates a wonderful contrast to the 19th Century world in which it is based. The show takes the audience on an emotional roller coaster by delving into the personal lives of each of the characters, allowing the audience to forge connections with each of them, and truly empathise with the lives of these young people.

With a cast of talented young performers from across Dublin, this is a show not to be missed!