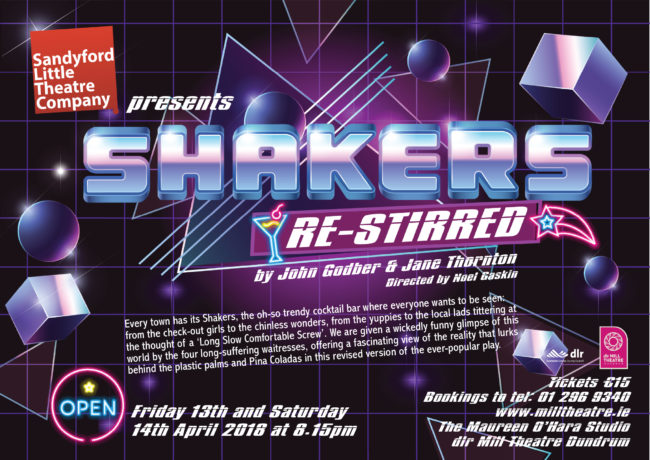 Sandyford Little Theatre Company is a company of theatrical storytellers who work both home and abroad. We pride ourselves in choosing well-written stories that we produce in imaginative ways.

Shakers Re-Stirred gives a comic, yet realistic idea of what it was like to be a young female in 1980’s England.  Our four actors play, not only four waitresses in Shakers Cocktail Bar but they also play four Supermarket Girls, four Boyz and four Theatregoers.