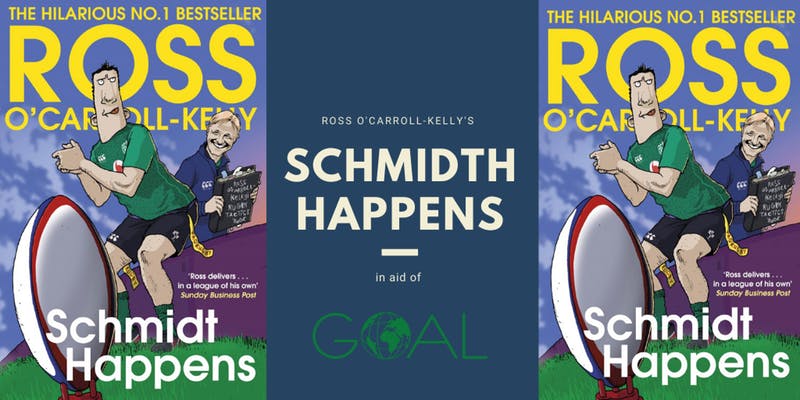 Paul Howard is a multi-award-winning journalist, author, playwright, comedian and screenwriter. He is best known as the creator of Ross O’Carroll-Kelly, a fictional rugby jock whose exploits have been the subject of 18 satirical novels that have sold more than one million copies and won three Irish Book Awards.

He is the author of four hugely successful Ross O’Carroll-Kelly plays, which enjoyed long, sell-out runs and remounts in Dublin, Cork and Limerick. He also wrote the book and lyrics for two successful musicals: ‘Anglo: The Musical’, a puppet-based comedy about the collapse of Ireland’s banks, in 2012; and ‘Copper Face Jacks: The Musical’, which enjoyed a sell-out run in the summer of 2018 and 2019.

The format of the night will include three or four readings of Ross O’Carroll-Kelly adventures, complete with voices, intercut with funny stories and anecdotes gathered from his twenty-one years writing about the character of Ross O’Carroll-Kelly. Not only that he will also happy to take questions from the audience.

Funds raised from this evening will be donated to GOAL. GOAL is an Irish international aid agency working with some of the world’s most vulnerable communities,helping them respond to and recover from humanitarian crises and to assist them to build transcendent solutions to mitigate poverty and vulnerability.