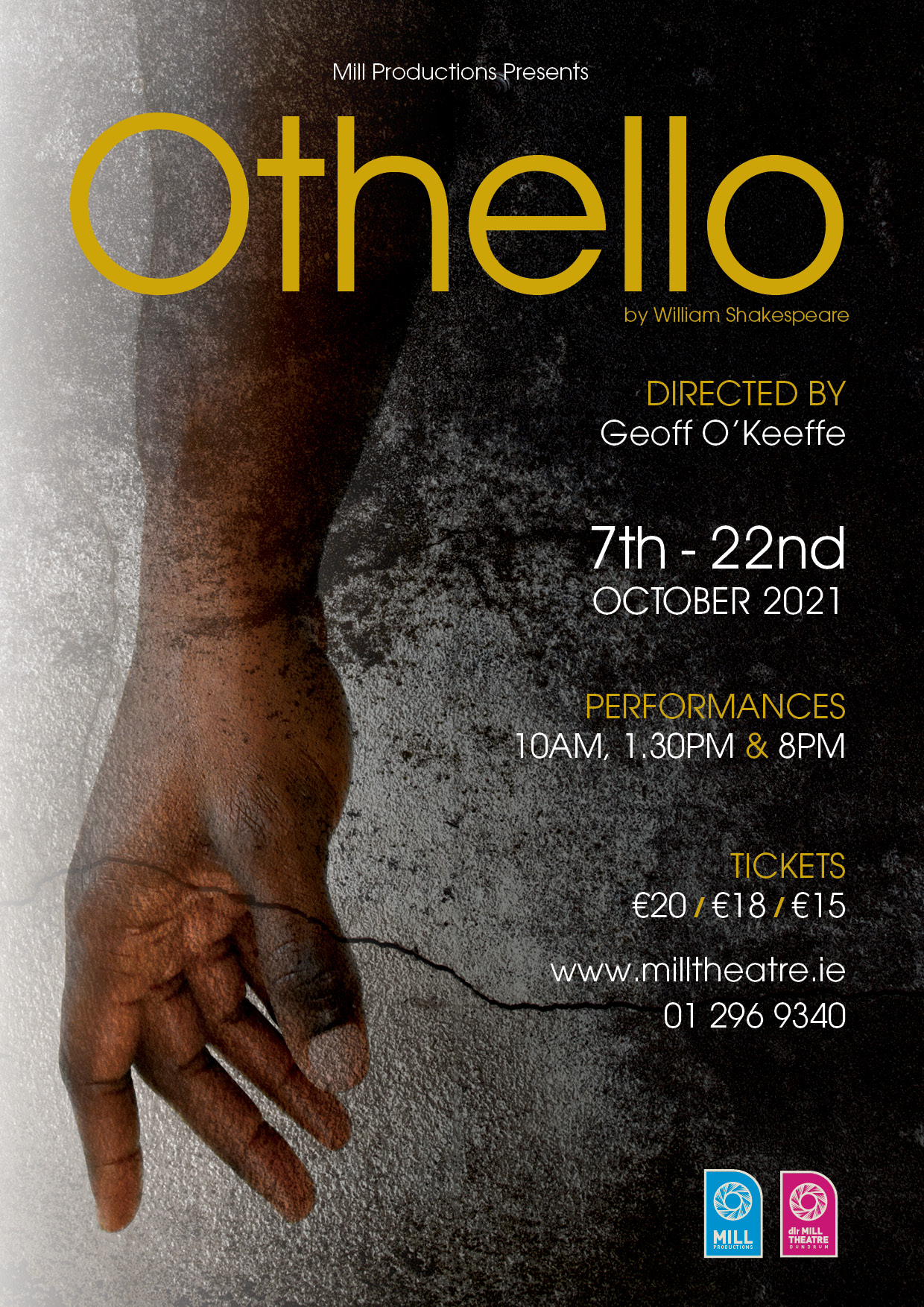 “Oh, beware, my Lord of jealousy!

It is the green-eyed monster, which doth mock

The meat it feeds on.”

Mill Productions are delighted to announce our forthcoming production of Shakespeare’s Othello directed by Geoff O’Keeffe. This timeless tragedy is an astonishing tale of fierce passions and murderous ambition – a thrilling examination of the power of love and the destructiveness of suspicion.

When Othello, the highly regarded general, secretly marries Desdemona, jealousies around their pairing and Othello’s rise to prominence are unleashed, piling secret upon secret, and betrayal upon betrayal. Within a claustrophobic and overwhelming environment and haunted by the seeds of destruction that are sown by Iago, Shakespeare’s master manipulator, Othello becomes weighed down with grief and suspicion. His is not so much a journey, but a rapid descent from majestic dignity to deluded rage. It is a domestic tragedy that explodes in a furious riot of pain and anguish.

This fast paced and visually engaging production, while remaining faithful to the original text, will find resonances with Leaving certificate students. Strong central performances from an excellent cast in a muscular, visceral and highly accessible show makes this a satisfying Othello for all audiences.