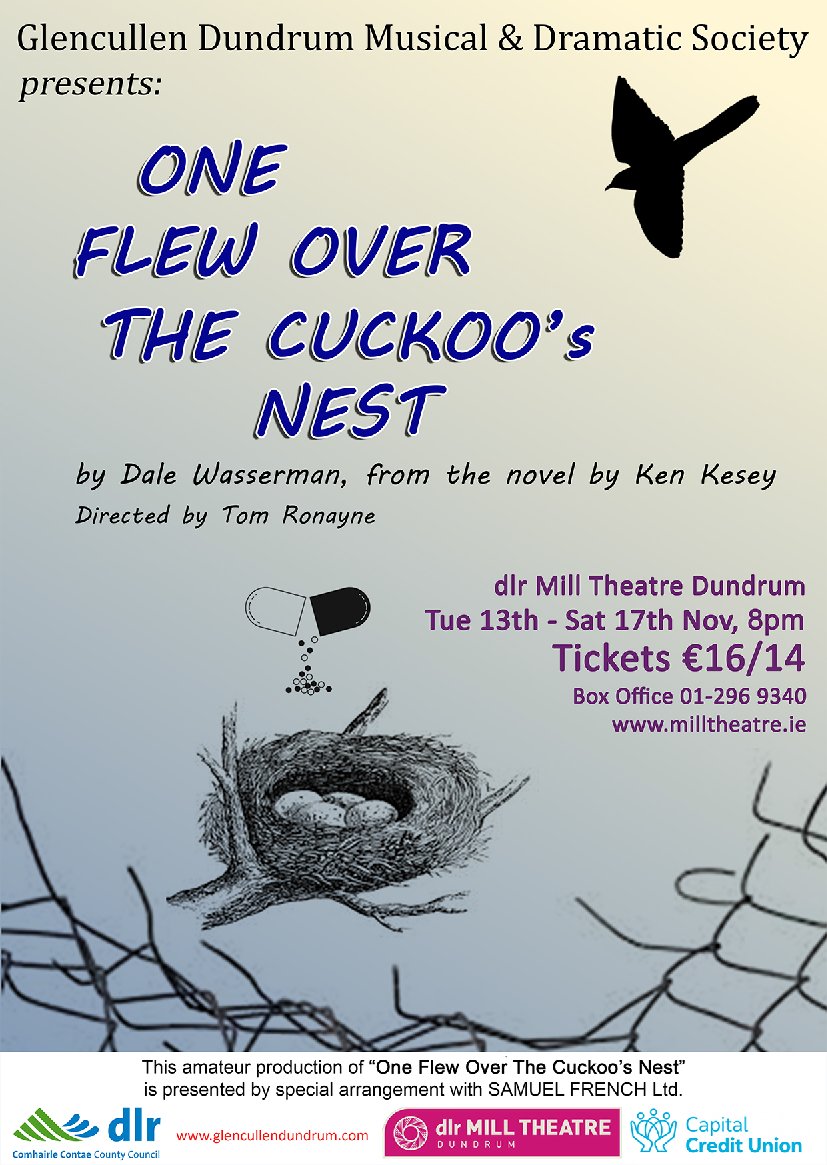 Following from their successful run of ‘Bookworms’ in May, Glencullen Dundrum are thrilled to be back with ‘One Flew Over the Cuckoo’s Nest’ written by Dale Wasserman (adapted from the novel by Ken Kesey) and directed by Bernard Doyle.

In order to escape six months labour duties in prison, McMurphy pleads insanity and is sent to a ward for the mentally unstable. Once here, McMurphy both endures and stands witness to the abuse and degradation of the oppressive Nurse Ratched, who gains superiority and power through the flaws of the other inmates.

McMurphy urges his fellow inmates to rebel against the abuse and degradation of the oppressive Nurse Ratched and stimulates them to fight against her tyrannical weapons of shame and submission…….with disastrous results.