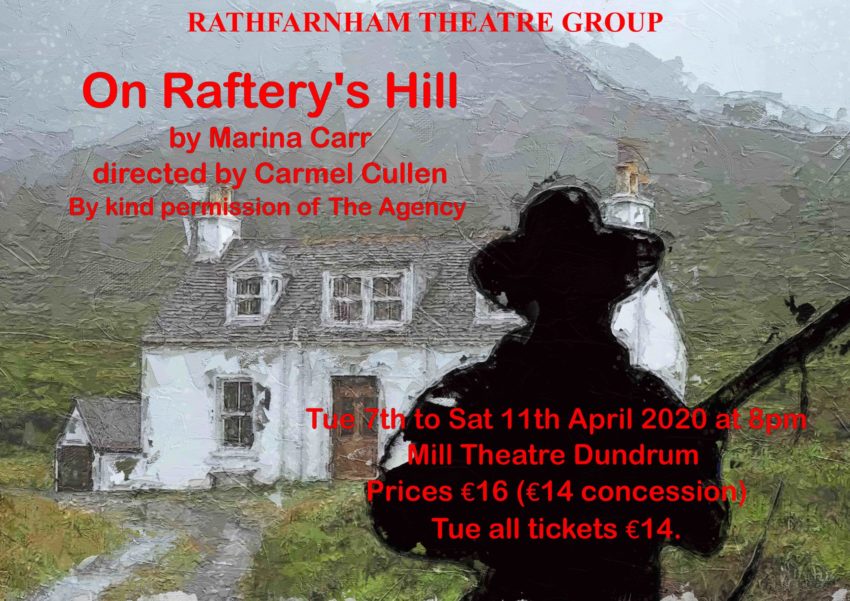 Performed by Rathfarnham Theatre Group.
Directed by Carmel Cullen
Red Raftery, a domineering patriarch, lives with his son, two daughters and his senile mother on Raftery’s Hill. Their farmhouse is surrounded by 300 acres of fertile land ….but that land is strewn with animal carcasses and the stench of death and decay is all around.

In Raftery’s Hill, Marina Carr delves deep into the rotten core of a dysfunctional family living and existing in a community that turns a blind eye to the chaos within. This is a more naturalistic production than some of her previous works, where ghosts and mythical characters appeared. While light and comic moments are part of the play, the main themes are around physical and emotional abuse. With powerful, descriptive and imaginative writing, requiring strong performances from all the cast, this is a wonderful play. It will engage an audience, during and after the performance, leaving them thinking not only on the play but also on a society where such behaviour has been mirrored within family and church.