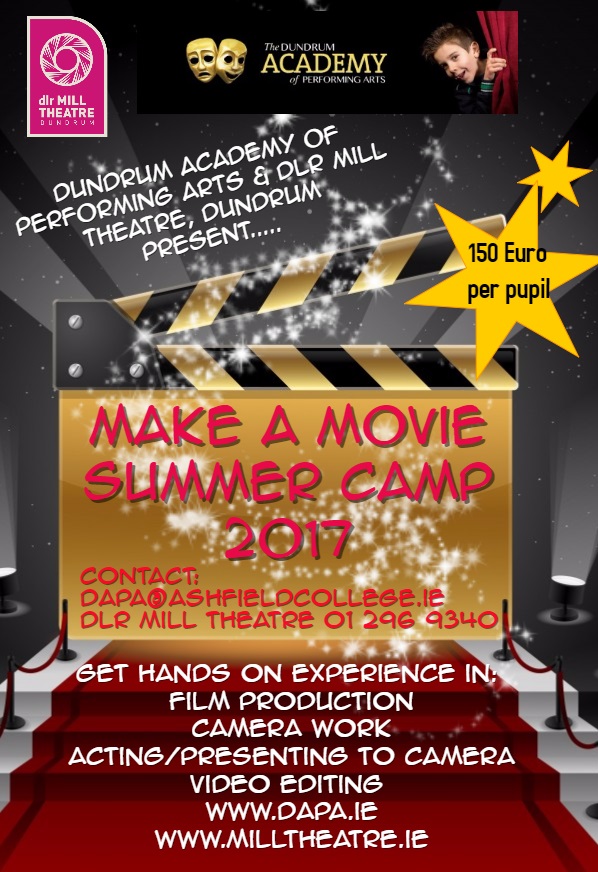 Danielle graduated from the University of West London with a BA Hons Degree in Acting for Stage & Media. Her credits include Step Up 3D (Film), Great War Diaries (TV) and Lived (Film) The Crucible (Theatre) and Dracula (Theatre). She also works as a talent agent and music consultant.

Sean is an RTE Producer and TV Director, with 20 years experience in broadcasting – working with RTE Young Peoples’ Programmes and RTE Sport.  He has a BA in Music, Media & Communications.

Nora is a youth worker with eight years direct experience with young people aged 10-25, facilitating a range of personal development and empowerment programmes.  She has a Masters Degree in Training.

Aela is a experienced teenage actor, having worked in Film (Gold, 2014), TV, Radio and Theatre, including a run off London’s West end.  She is a graduate of Dublin’s Independent Theatre Workshop.

Students will be given the opportunity to try various roles in the film-making process, and given guidance on appropriate use of phones, filming and social media. They will learn key skills including…

– Film Production: the various roles and responsibilities on a film/TV set

– Pre-Production:  how to plan, research and script

– Camerawork:  basics of camerawork, dos and don’ts; how to film on mobile phones/tablets

– Post-Production/Editing: selecting the best shots, editing, adding music; the best apps to use