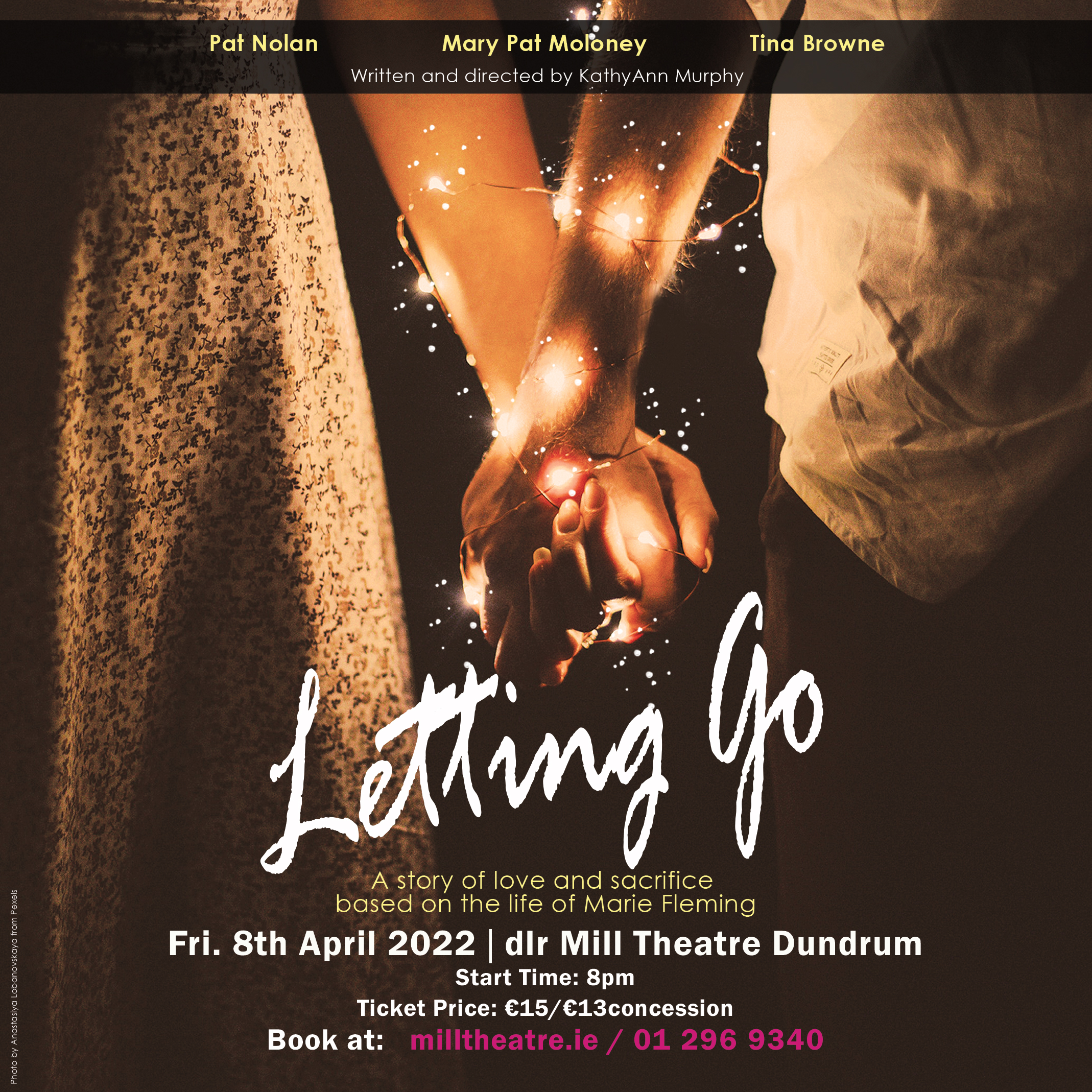 This show will take place in our Maureen O’Hara Studio.

Letting Go follows the story of the relationship between Marie Fleming and Tom Curran.  Marie Fleming fought for her Right to Die in the Supreme Court while battling MS. Her story moved many all over Ireland in their thoughts towards assisted suicide. Marie later passed
from her illness but her partner Tom continued her legacy. Her memoir was later published called ‘An Act of Love’ which became a No. 1 Bestseller.

The play depicts the events and years leading up the case, their relationship and Marie’s decision to fight. She believed her illness would not kill her nor should her partner be convicted of helping her fulfil her wish.  The play was written in 2019 by KathyAnn Murphy and later performed in Smock Alley Theatre’s Boys School.

Running time of 90 minutes in length with no interval.