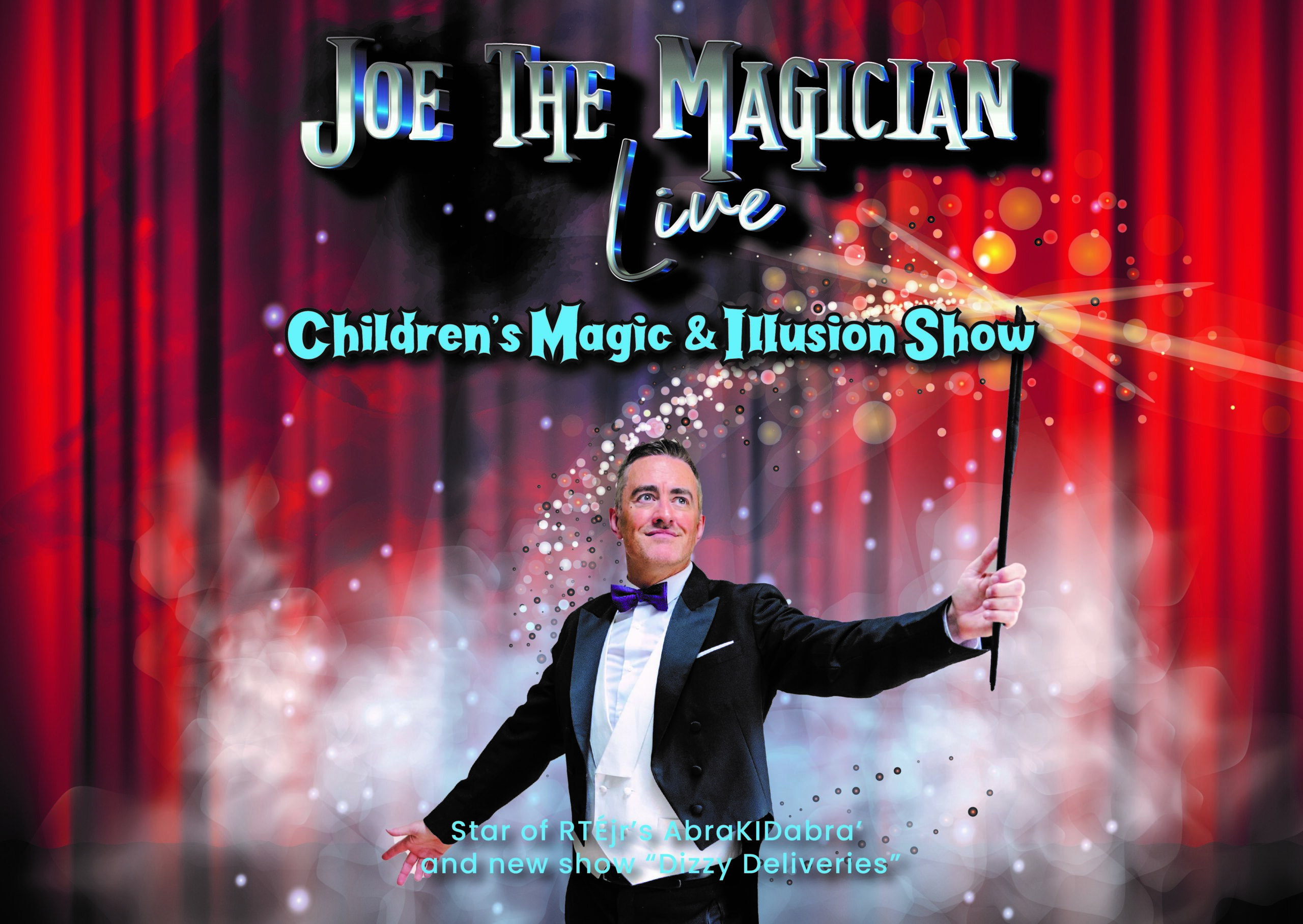 It’s Joe the Magician from RTE jr AND HE’S BACK to the Mill Theatre once again. After his recent sell out show he’s coming back for another afternoon of mind boggling fun!

Tables will fly, a friendly ghost will appear and come onto the audience and will charm children and grown ups alike! Joe will even make it snow live on stage…That’s just for starters!

Joe’s hugely popular TV show ‘abraKIDabra’ has been one of the most watched shows on RTEjr and Player and his new show comedy educational show ‘Dizzy Deliveries’ is now airing weekdays on RTEjr. The first Irish children’s TV show to use Lámh Sign.

His previous visit had a ticket wait list capped at 100, so book your tickets before they Disappear!