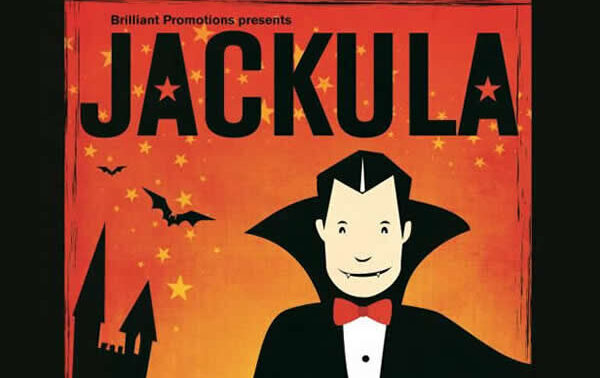 Being a vampire sucks, but being Dracula’s younger brother is driving Jackula batty.

Join Jackula on a spooktacular quest to step out of his older brother’s shadow and become the world’s most magical vampire. Laugh as Jackula makes his pet ghost dance. Gasp as Jackula balances five glasses of water on his face. Smile as children help him perform fun magic tricks.

After the show, every child gets to do a trick! Jackula invites everyone to stay, perform a trick and receive a treat.

This is a fun Halloween magic and juggling show for the whole family. Recommended for children aged 4 to 12.

Performed by Jack Flash. Jack has entertained at The White House, Leinster House, appeared on “Good Moring America”, entertained on RTE, and put on a show at his daughter’s Senior Infant Class. Jack toured to over 11 million people in 1988 while with Ringling Brother’s and Barnum and Bailey’s “Greatest Show on Earth”. He performed with the French Anarchist Circ Archaos and is a Clown College Graduate.

Here’s what the critics say:

“Jackula is a feast of magic and laughs”
– The Reviews Hub

“A fun Halloween show that entertains while showing off skills.”
– Red Curtin Review

“…the audience, young and old alike are shouting, laughing and having fun from the moment he opens the show”
– The Reviews Hub