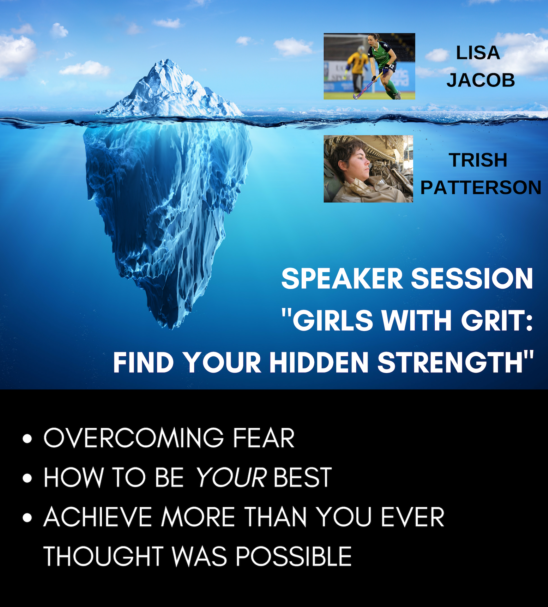 This speaker event is for secondary school age girls where Trish Patterson and Lisa Jacob will share their experiences with young girls and teach how to overcome fear, how to be your best and how to achieve more than you ever thought was possible. Trish grew up on the most remote inhabited island in the world- Tristan de Cunha. She has served in Afghanistan twice with the British Army, led over 5000 people across the world in business, and has competed for the army at nordic skiing and rugby. She has completed 100km ultramarathon runs, finishing the Serpent Trail over 2 hours ahead of the next female. She is now stay at home mum to her two twin girls. Lisa played hockey for the Irish senior women’s team from 2006-2014. During this time she also played semi-professionally in Holland, and then moved to rugby 7s where she became part of the Irish squad. Once finished over a decade in international team sport, she then completed the Race Around Ireland, a 2,200km non-stop cycling ultramarathon race with her partner Nikki, setting a still unbeaten record of 88 hrs 25 mins in the female pair category, raising €30,000 for mental health charity SOS. Lisa has also worked as the hockey analyst for RTE in their coverage of the Rio Olympics and Women’s World Cup. Trish and Lisa want to inspire the next generation of young women and give them the strategies they have used to survive and succeed in their own endeavours.