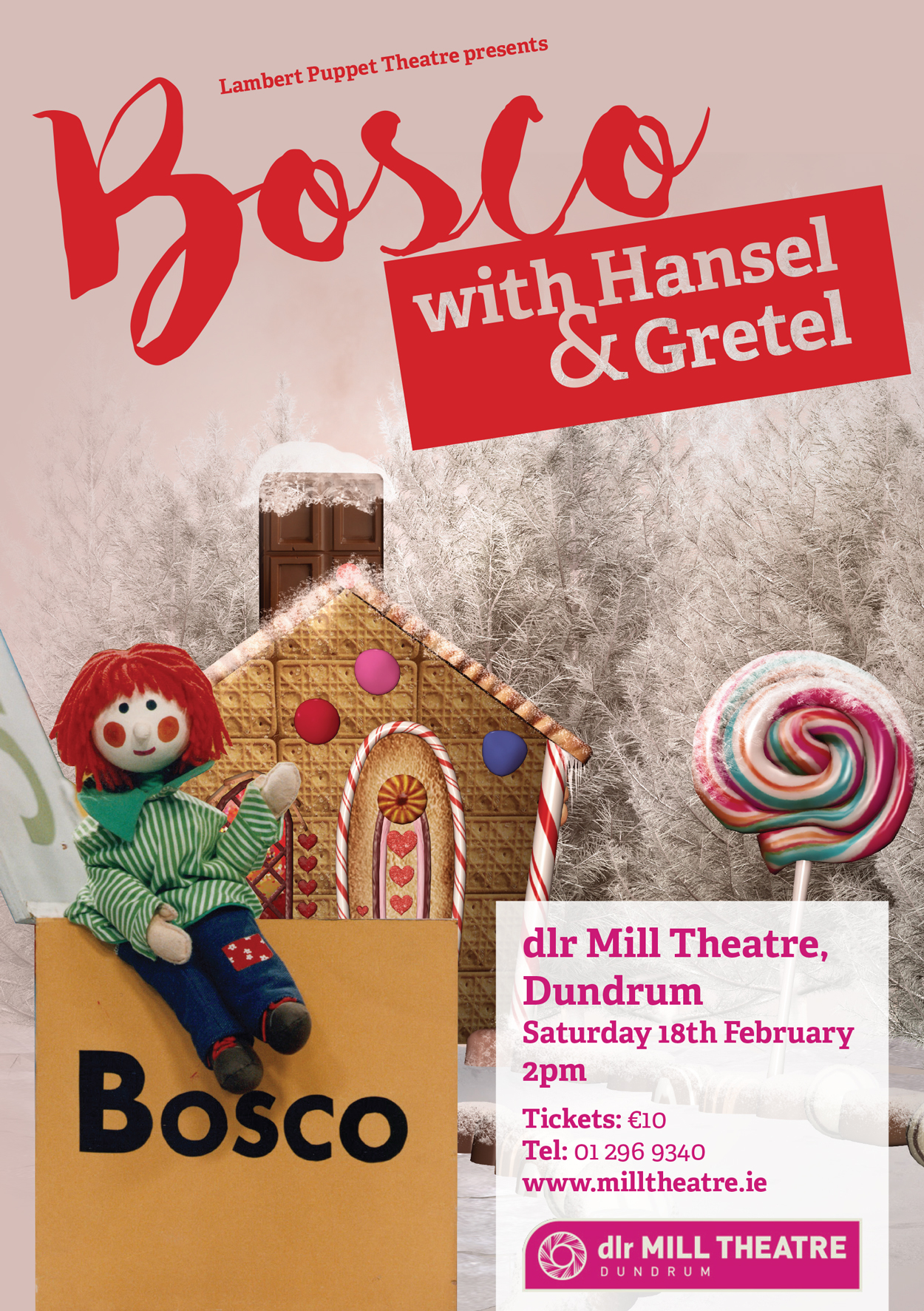 Entertaining both children and adults alike for over four decades with their wonderful and magical productions, The Lambert Puppet Theatre is now widely recognised as the premier touring puppet theatre company in Ireland.

Hansel & Gretel is a beautifully produced show with large puppets and colourful sets. Still a firm favourite with children and adults alike, Bosco will make a nostalgic appearance in the show!