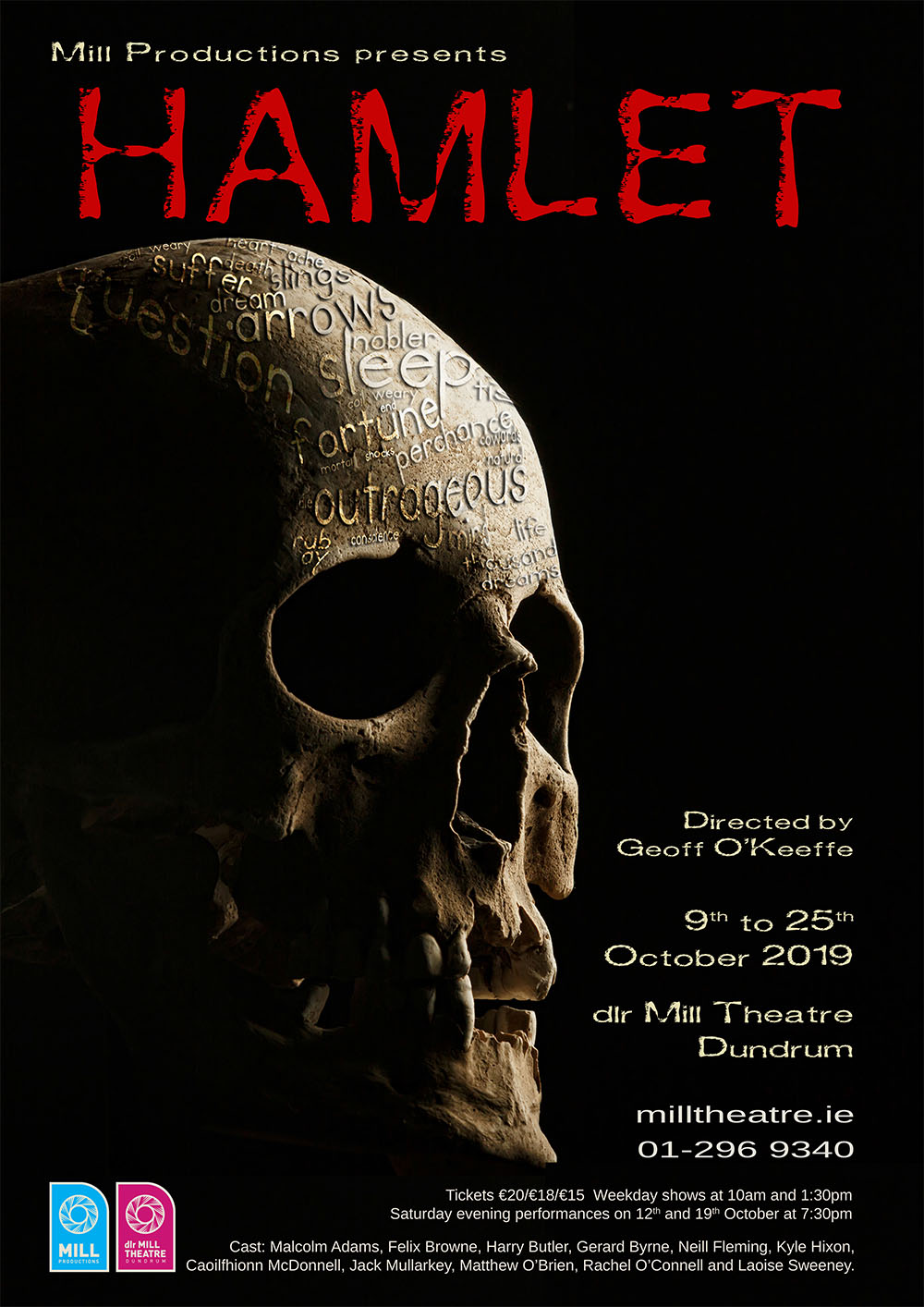 A murdered King. A treacherous uncle. A shallow mother. The young Prince who has lost all sense of certainty, whose very sanity is threatened by an obsessive search for truth in the detritus of a world that has changed utterly.

Mill Productions are proud to reimagine Shakespeare’s masterpiece, in an edited version of the original text and directed by Geoff O’Keeffe in a fast paced, searing and contemporary production. Kyle Hixon stars in the title role and leads a superb ensemble of actors through a potent mixture of treachery, murder, and madness, and reminds us why Hamlet remains a giant of world theatre.