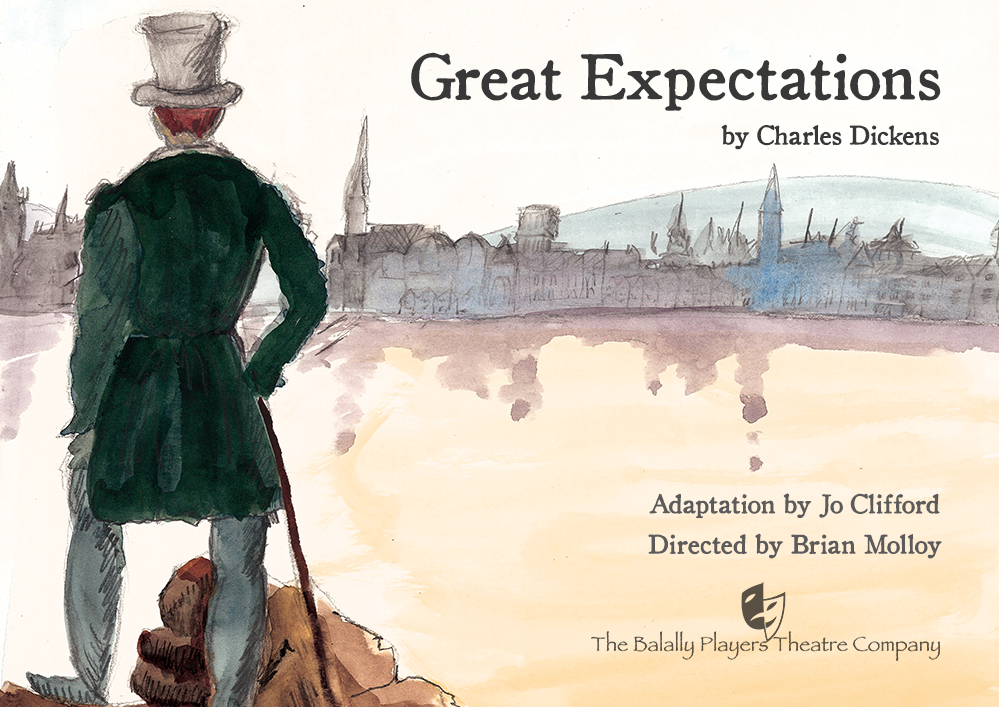 Balally Players Theatre Co. presents .. Great Expectations by Charles Dickens .
Adapted by Jo Clifford . Directed by Brian Molloy. A beautifully simple adaptation of one of Dickens’s best-loved novels, bringing it thrillingly
to life for the stage.
When the orphan Pip meets the convict Magwitch in a graveyard and is forced to help him
escape, his life takes a series of unexpected turns. Invited to the house of the mysterious
Miss Havisham, he falls in love with her adopted daughter, the beautiful but cold-hearted
Estella. Then the generosity of an unknown benefactor sends him to London to become a
gentleman. But the truth behind his change of fortune, once revealed, is not what Pip
expects…