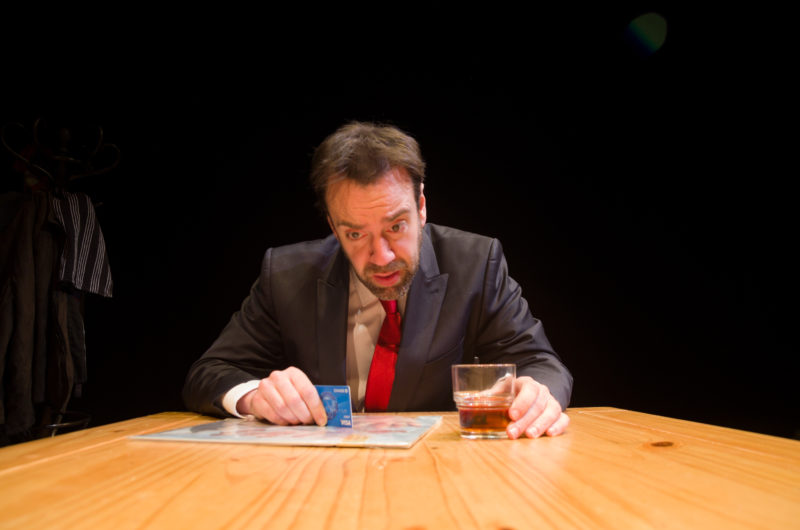 Bottom Dog Theatre Company come to us for the first time with their Irish premiere of Drinking in America by US playwright Eric Bogosian and directed by Patrick J. Byrnes

From a grasping show-biz hustler; a latter-day Willy Loman on the road; a ghetto junkie and a gyrating heavy-metal rock star, the former Emmerdale star presents the most challenging work of a career that has seen him tour worldwide with companies such as Edward Hall’s Propeller and the West End production of The Rat Pack.

He is joined on stage by Choice prize nominated musician Steve Ryan (windings) who provides a live soundtrack to the production, which played to consecutive standing ovations across Ireland earlier this year.