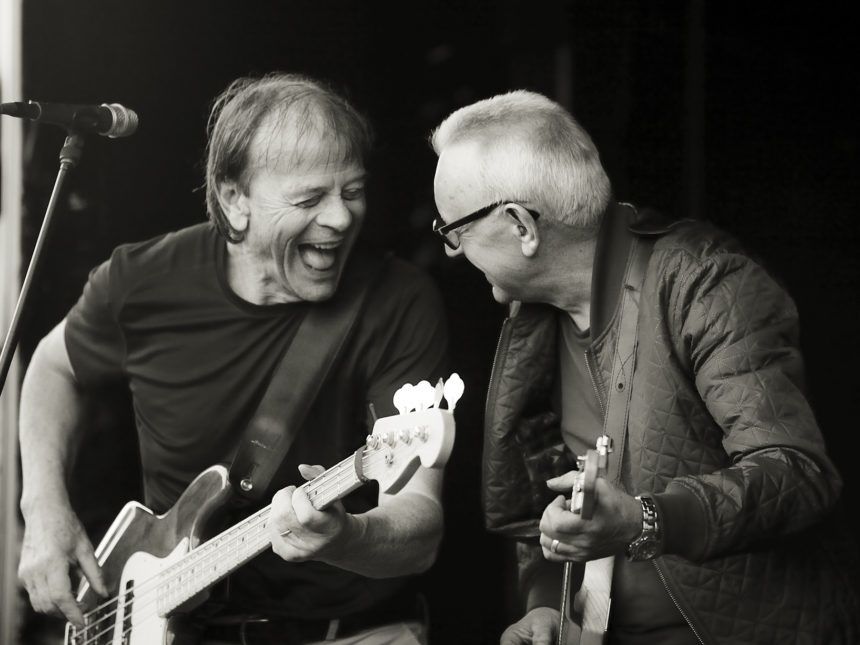 Two of Ireland’s best known rock/blues musicians have collaborated to record an album together and tour many of Ireland’s best known venues in 2018. Don Baker is known as a prolific singer/songwriter/musician for over 50 years and has had two number one singles    ‘Winner in You’ on the RTE label and ‘Inner City’  which was recorded by The Jolly Beggarmen. Other artists to record Don’s songs include Sinéad O’ Connor, Finbar Furey, Declan O’ Rourke and Liam Ó Maonlaoi , with Bono from U2 describing Don as ‘The best harmonica player in the world’. Don has published several books on how to play the harmonica, which have been translated into many different languages, including Japanese! He has also released a total of 15 albums during his career. As an actor Don is best known for his role in ‘In the Name of the Father’ alongside Daniel Day Lewis, and also as  gangster Thomas Flynn in ‘Fair City’.

Rob Strong ,from Derry, on bass guitar and lead vocals, is another of Ireland’s Living Legends, who also has been performing for more than five decades! Rob still has that unique and sensational voice that saw him pull in huge crowds with one of the top showbands  in the ‘60s ‘ The Plattermen’, and his own band The Rockets in the 1970s. Indeed Rob once turned down the opportunity to join the world famous ‘Deep Purple’. Rob also plays bass and sings, with his son, Andrew Strong, lead singer of ‘The Commitments, when they tour in Germany, Denmark and Sweden.

A behind-the-scenes view of Don, Rob and friends during their live recording at Jealoustown Studios. An insightful reflection on some of their 50+ year journey which will culminate in their upcoming nationwide tour. Catch a flavour here and get the full deal by going to see them!