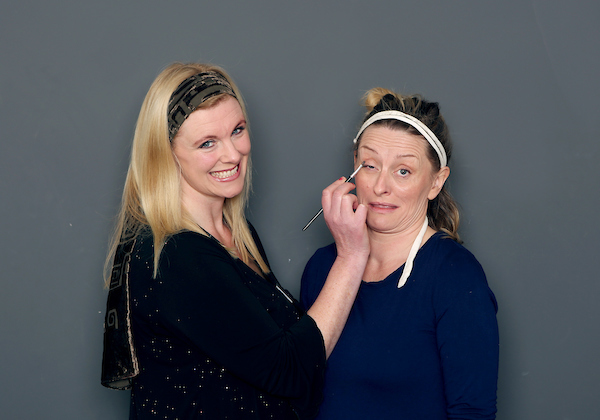 INTERNET SENSATIONS! – for TWO NIGHTS ONLY – see them in the flesh!

Local woman Sinead Culbert and her Dublin-based friend Sue Collins have been attracting plenty of interest on Facebook in recent weeks for their comedy double act.

Teaming up as fictional characters ‘Dee and Andrea’, aka ‘Dirt Birds’, the pair have attracted over 70,000 views to date for their online make-up tutorial comedy sketch called ‘Tips From Da Town’.

In the sketch Andrea is from Ardee and Dee is from Dundalk, with the latter demonstrating how to get the ‘beestung/head kicked off ya in the square’ lip look.

Talking about their success to The Irish Sun, Sinead said: “We have written several sitcom scripts together, one of which was developed and optioned by BBC3.

“We’ve been developing these sketch characters and others for a long time but only recently gave them a platform on social media. They seem to have become an instant hit with the public.”