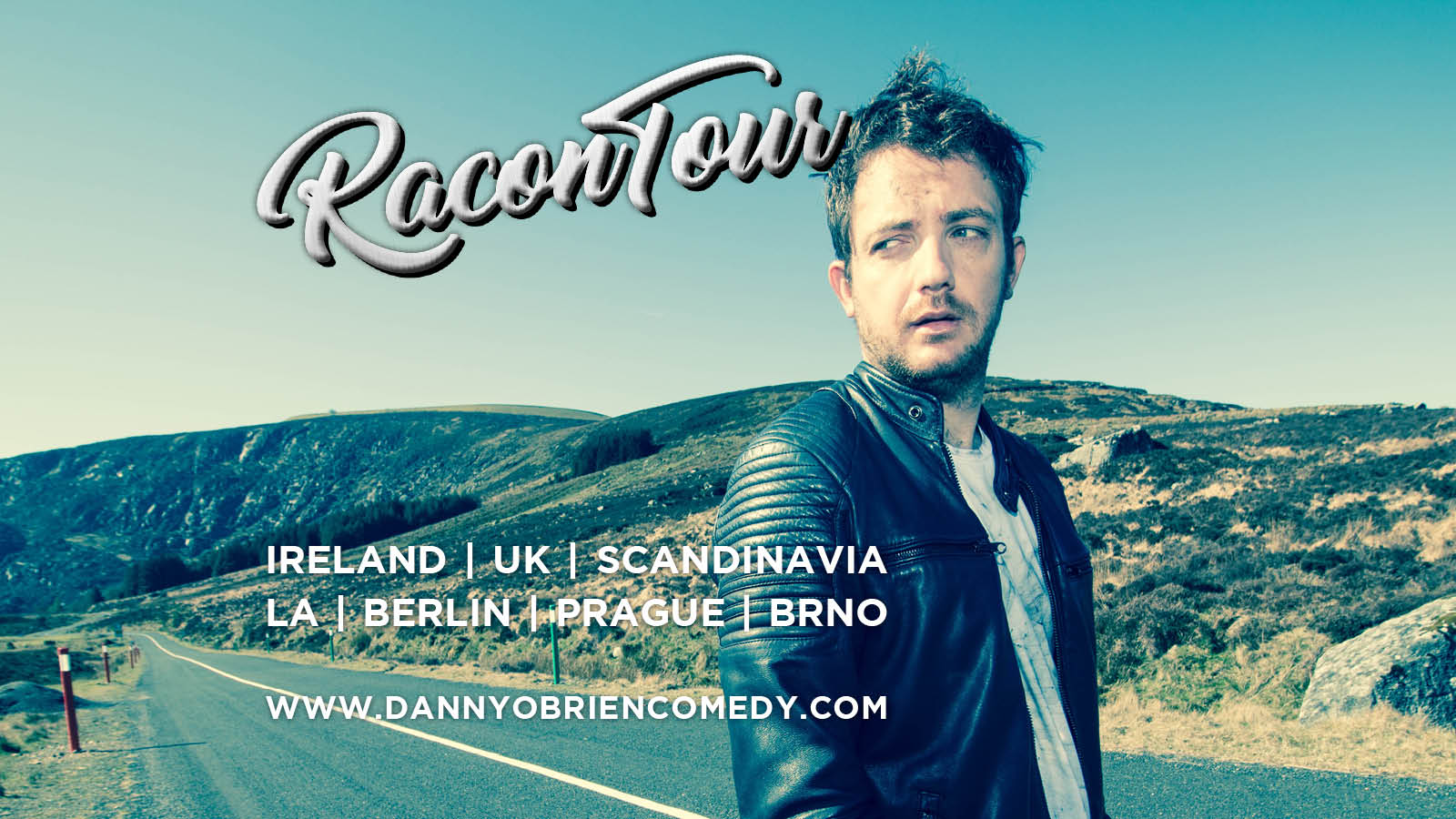 After a sell out run and rave reviews at The Edinburgh Fringe Festival with his brand new solo show, award-winning comedian Danny O’Brien returns to the Dlr Mill Theatre with his most adventurous and unique solo show to date. After inheriting a broken-down, unreliable, older-than-he-is motorcycle, Danny decided to take to the road on a comedic expedition all over Ireland, over the water to Scotland and back again. Come hear the story of this RaconTour – in all its glory, failures, and triumphs alike!

A regular on Irish TV and radio, Danny has also featured on The Comedy Channel’s “Brexit at Tiffany’s”. He is also provided tour support for Today Fm’s Dermot & Dave’s sell-out “AH sure look it” tour all across Ireland.

“O’Brien took to the stage like a force of nature… one suspects it won’t be too much longer before stadiums come calling.”

“O’Brien is genuinely, uproariously funny with a huge stage presence and wicked timing… He looks set to be one of the breakout comedy stars of 2017.” The Sunday Independent

“A perfect mixture of brains, banter and brilliance” Great Scott ★★★★