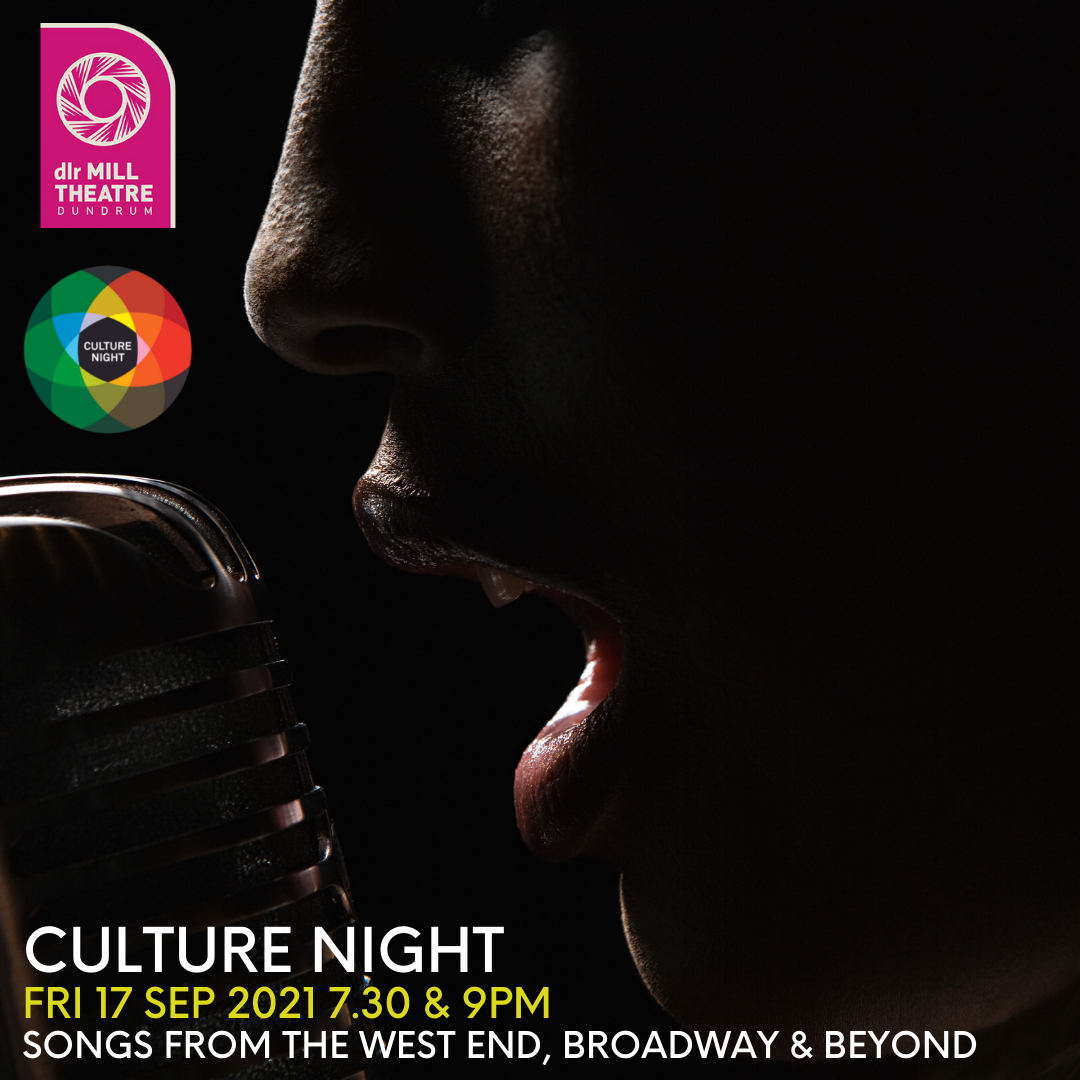 Joined by our friends Barry, Shauna and Aidan, enjoy a vibrant evening filled with songs from the West End, Broadway, and beyond.

Shauna Carrick is an Irish composer and musical director. Shauna’s passion for musical theatre and telling authentic Irish stories has led her to creating her own works in Dublin and overseas in the UK and USA. Shauna brought her debut musical, Chromatics to life both in London and here in Dublin in 2018. Her newest musical, Tír na nÓg was showcased in Smock Alley in 2018, in The Other Palace (West End) in January 2020 and has recently been further developed at dlr Mill Theatre in July 2021. She has also written a number of pieces for theatre and is currently working on no less than six new original musicals both here and in the UK.

Barry Power has been musically directing shows for the past five years with various societies. He began playing piano at age 11 and took up the saxophone a few years later. He has musically directed several shows such as: The Wedding Singer and The Pajama Game with KIMS, In the Heights and Spring Awakening with UCD Musical Society, Little Shop of Horrors and Mamma Mia with UCD Dramsoc, Sister Act with Tullyvin MS, and Chromatics and Tír na nÓg with Poliwog Theatre Collective.

Aidan Byrne is a Musician/Performer/Composer/Multi-Instrumentalist originally from Kilkenny, Ireland. Aidan has performed with Dreamstuff Youth Theatre, Kilkenny Musical Society and Watergate Theatre Productions and was awarded the Inaugural Red Alchemy Voice Scholarship in 2017 with Christine Scarry of Red Alchemy Theatre Company. From 2018-2020 he performed as a soloist and part of a band in the Irish Dance Show in Raglan Road, DisneyWorld, and he is currently working on songs for Tír na nÓg and releasing music under his solo project.