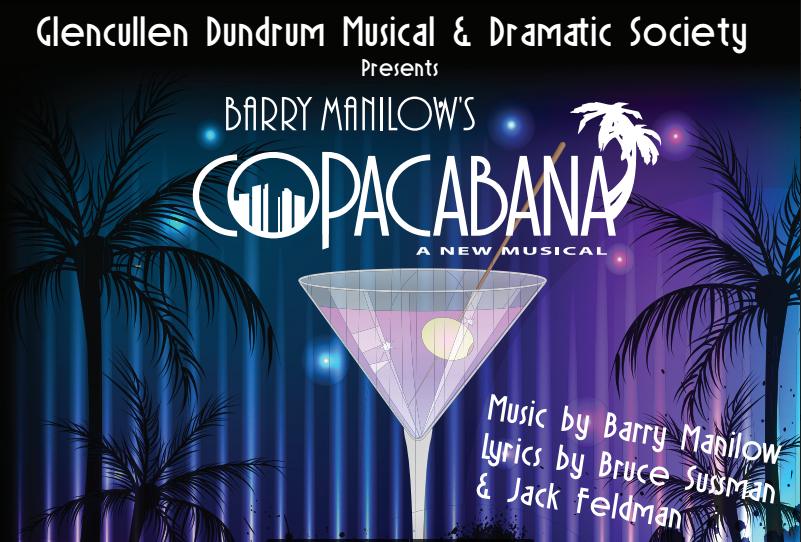 Glencullen Dundrum MDS are delighted to be back in the DLR Mill Theatre after their hugely successful show ‘Calamity Jane’  with their next production, Barry Manilow’s  ‘Copacabana’ with kind permission of Josef Weinberger Ltd.

Copacabana tells the story of a wannabe singer Lola who meets aspiring songwriter Tony when both are contestants on a radio show. Tony is immediately smitten with Lola and assists her flailing attempts to break into show business. At Manhattan’s Copacabana lounge, both start finding fame. However, fate steps in and Lola is swept to Havana to work in a splashy night club act where she is convinced she will find her stardom, while Tony finds his own career gaining speed at the Copa. But Lola’s new mentor and boss Rico may demand a price for putting Lola’s name in lights…

This Barry Manilow’s classic features popular songs such as Copacabana, Just Arrived and Lola, an evening of singing and dancing is in store from Glencullen Dundrum MDS.