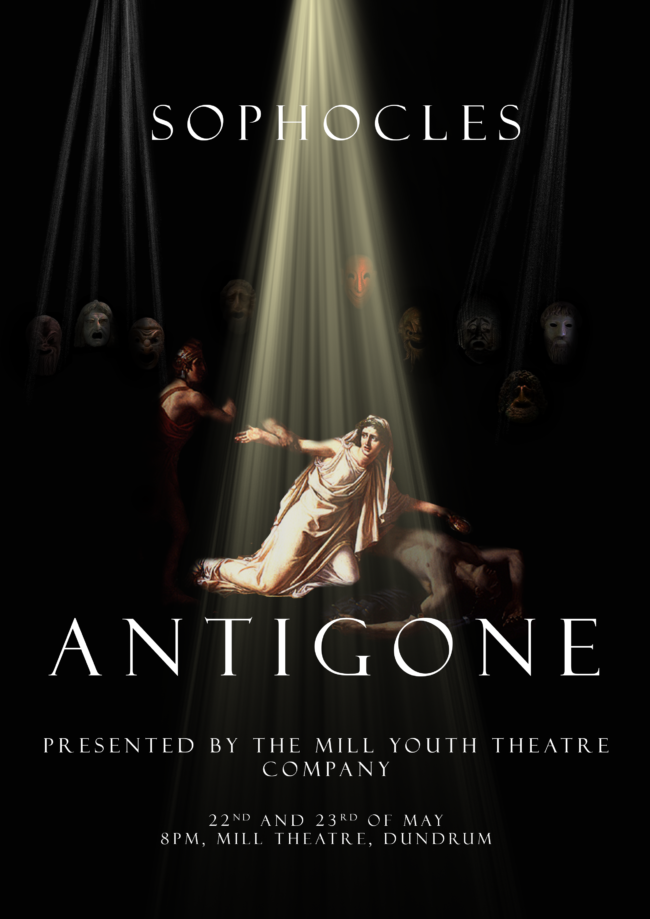 We are proud to present the first production from our Youth Theatre Co. Directed by Kate Canning.

“Antigone” is a tragedy by the ancient Greek playwright Sophocles, written around 442 BCE. Although it was written before Sophocles’ other two Theban plays, chronologically it comes after the stories in “Oedipus the King” and “Oedipus at Colonus”, and it picks up where Aeschylus‘ play “Seven Against Thebes” ends. It deals with Antigone’s burial of her brother Polynices (Polyneices), in defiance of the laws of Creon and the state, and the tragic repercussions of her act of civil disobedience.