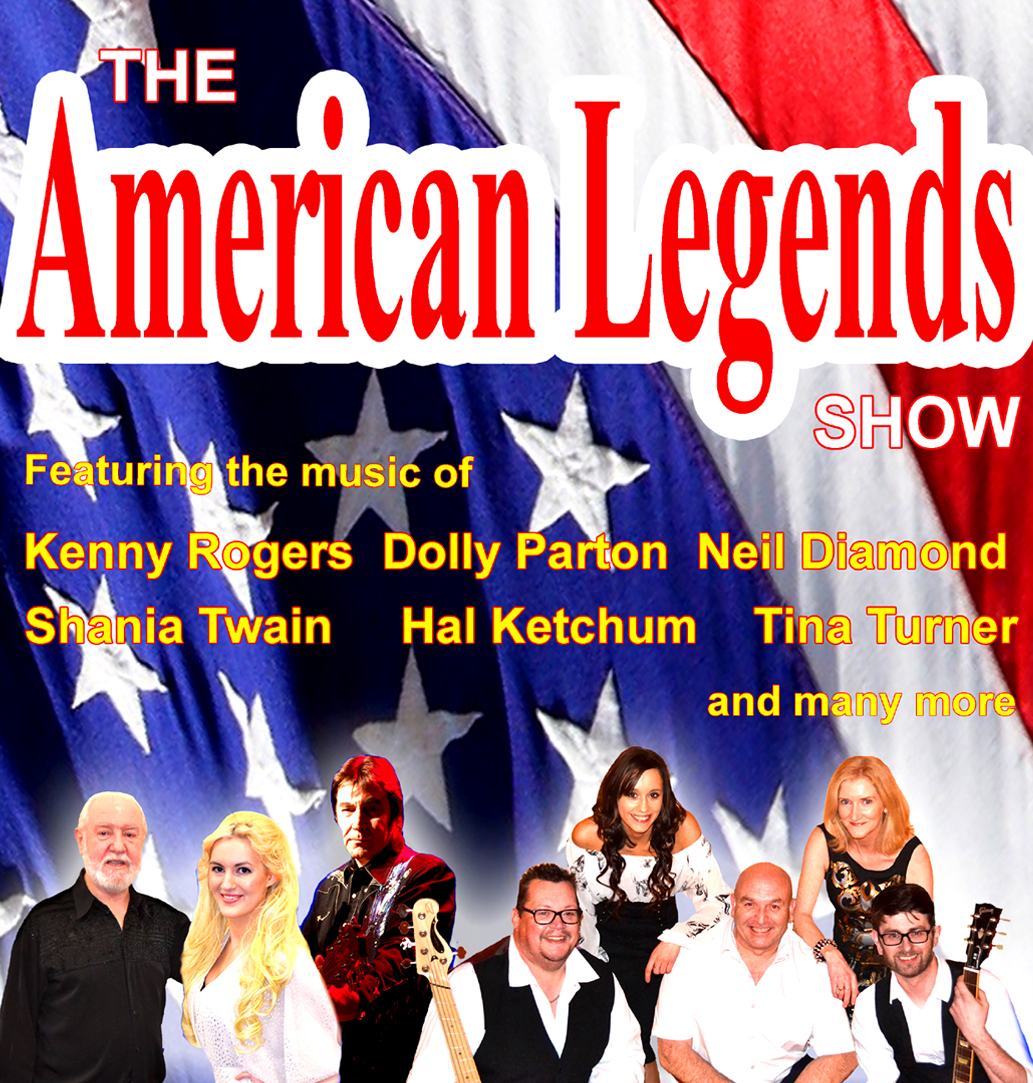 The American Legends Show is a celebration of the very best in American music – a genuine live variety show. It includes a selection of the songs of Kenny Rogers, Dolly Parton and Neil Diamond as well as many of the hits from Shania Twain, Reba McIntyre, Hal Ketchum, Tina Turner, Roy Orbison and the Eagles.
American Legends features a top quality line-up of performers including veteran entertainer Joe Mac, who fronted the College Boys, Rachel Phillips, who recently starred in Nine to Five – The Musical in Belfast Opera House, and Adam McDonald, well-known for his Neil Diamond show.
Considered to be one of the best live bands in the country, Conspiracy provide all the additional material as well as the music for Joe, Rachel and Adam.