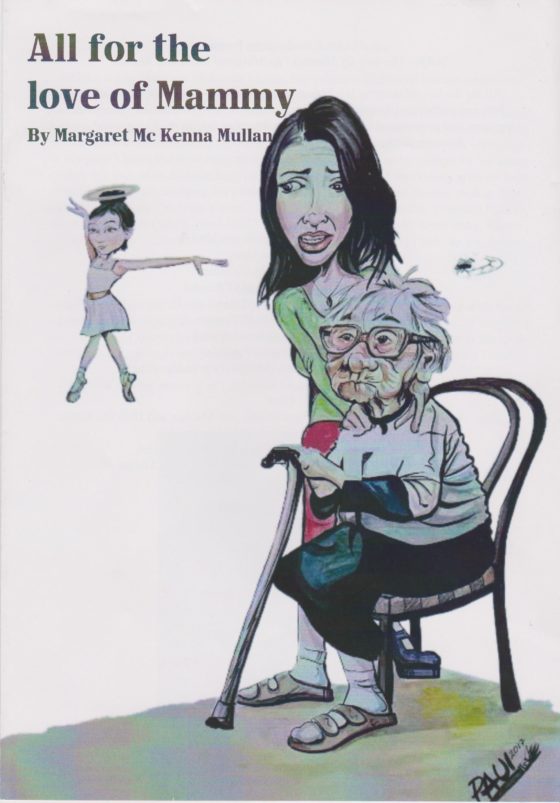 Unfortunately this performance has been cancelled. We apologize for any inconvenience caused.

All for the love of mammy is a humorous and touching play about the relationship between mother and daughter as roles are almost reversed due the daughter becoming carer and protector of her ageing mother. The play depicts the humour and sadness between the pair as Alzheimer’s and dementia overcome their lives.
Accomplished director Jackie Madden takes this play skilfully from the page to the stage With stellar performances by award winning actress Ann Hoey as the concerned daughter Angela. Mammy is played by playwright Margaret Mc Kenna Mullan. Jimmy is Played by Dermot Mc Elwaine . Father Mc Grath played by Eamon O Roarke.