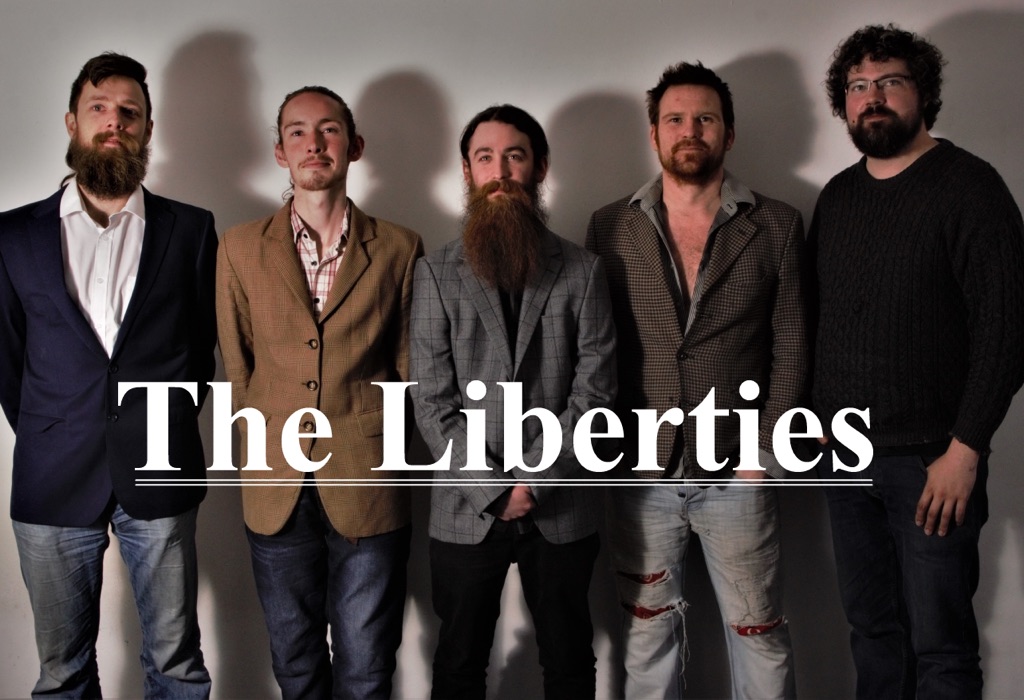 ALL FOR ME GROG is the Galway based show that has played to full houses and standing ovations on its first Irish and U.K. tours. The show brings you the SONGS and STORY of Irelands most successful folk band-THE DUBLINERS.

Presented by The LIBERTIES, who are deeply honoured to become the bearers of the torch which has been borne with such power and dignity over the past decades by THE DUBLINERS. The original line-up of RONNIE DREW, LUKE KELLY, BARNEY McKENNA, CIARAN BURKE and JOHN SHEEHAN is brought to life with the exact same instrumentation, songs and close as you will get vocals, bringing to the stage a show in sound and appearance of uncanny accuracy of the internationally renowned DUBLINERS.

With his red hair, beard and magnetic charisma, five string banjo maestro James Gallagher’s powerful impressive voice is so reminiscent of Luke Kellys golden vocal chords, that it has to be a fluke. His rendition of songs such as ‘Raglan Road’ and ‘Scorn Not His Simplicity’ are breathtaking in their pureness and clarity.

Guitar picking Dublin man Anthony Rooney, sings with gusto and a reality that encompasses the wonderful talent of the great Irish Balladeers, and in doing so, he keeps alive a wonderful Dublin tradition.

On whistles, guitar, vocals and some amusing chat is deep voiced Dubliner, Jeremy Jenkinson, bringing to the show the magnificence of the contribution that Ciaran Burke and Ronnie Drew brought to the original DUBLINERS. In fact, it’s Jeremy’s vocals that are featured on the Liberties recording of ‘All For Me Grog’.

From Lissacasey, in county Clare, comes John Hill, a young man steeped in traditional music. His consummate skill on the tenor banjo just has to be seen and heard to be believed and appreciated. His mastery of Barney McKenna’s style and sound is a show in itself.

Bardan Johnston is the “quiet man” of the LIBERTIES, but his fiddle playing is a talking, singing, electrifying experience. A classically trained musician, he replicates Dubliners violin maestro John Sheehan’s unique sound to perfection.

The Black Velvet Band, McAlpines Fusiliers, The Spanish Lady, The Irish Rover, The Auld Triangle, The Parting Glass and of course, the song that made The Dubliners international stars-Seven Drunken Nights plus all their other hits, will have you clapping your hands, stomping your feet and joining in the chorus of the well known and much loved songs at this uplifting and exciting two hour show. And to quote from Liam Murphy’s review in the Munster Express; ‘from the moment they struck up ‘Whiskey In The Jar’ you knew you were in for a good night and indeed it was.’