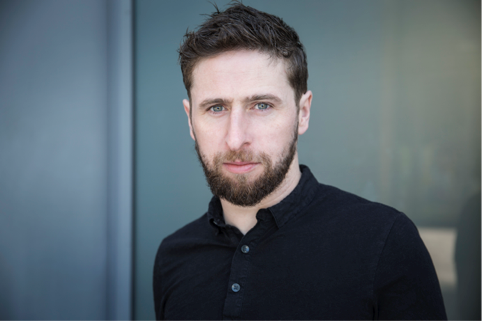 The Mill Theatre is delighted to host a workshop facilitated by the award-winning Actor and Director, Aaron Monaghan.

Lunch will be provided by Theatre

The Workshop is tailored to suit a group of 20

How do we work as actors, and how that work translates to the audiences?  Focus on preparation and play, control and surrender.

The workshop begins with a very brief meet and greet, then into a gentle sensory meditation called The Parallels of Attention. We then complete an extended physical warm-up. The work we do here will form the basis for the rest of the workshop.  The physical work evolves into creating tableaus and physical sequences. Participants work initially on their own, then in pairs, and in larger groups. They are encouraged to work putting sequences and shapes together, and groups observe each other. We begin to discuss and explore the notions of Narrative, Story, Meaning and Interpretation.

More physical work concentrating on different walks, focusing on leading from various energies or parts of the body. Slowly this evolves into basic character work. The Group explore one scene from either an Irish Canon play or some Shakespeare (starting with a sonnet) or both.  This highlights the various approaches to differing texts, exploring rhythm and sound etc to help in creating a performance.

The workshop ends with a Q&A where the group is encouraged to ask any questions about the work we covered, anything that might have been explored, debated or discovered over the course, or about the career in general.

Aaron is an award-winning Actor and Director from Cavan, and is the Artistic Director of Livin’ Dred Theatre Co, which he co-founded. He has performed numerous times with the company in productions such as Emerald Germs and The Tinkers Curse.

He has worked extensively with the Abbey Theatre and Druid Theatre and has performed all over the world in productions such as The Playboy of The Western World, DruidMurphy, The Cripple of Inishmaan, The Walworth Farce, Translations, Romeo & Juliet, She Stoops to Conquer and Waiting for Godot. His most recent work includes The Second Violinist and Richard III.

He has appeared in dozens of Television and Film productions including Assassins Creed, Maze, Vikings, The Foreigner, Love/Hate and the award-winning Redemption Of A Rogue in which he played the lead role.

His Directing credits include Trad, Walking The Road, From All Sides, Slice The Thief, Hitting The Mark  and the highly-acclaimed Charlie’s A Clepto.

He has received numerous awards for his work, including the Lucille Lortel Award, The Manchester Evening News Award, The Irish Times Theatre Award and The OBIE Award for Outstanding Performance.

This workshop is subsidised by DLR Mill Theatre.