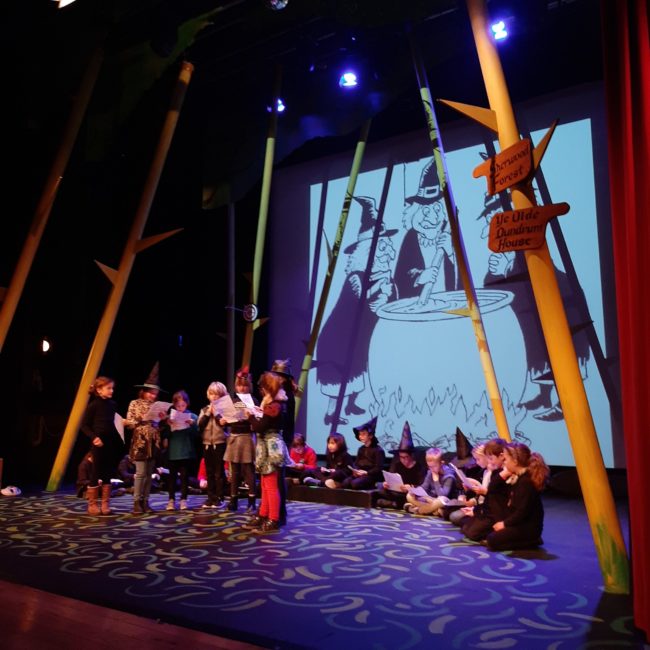 The brainchild of theatre manager Kate Canning, our first Primary Schools Shakespeare Festival was a resounding success for all involved.

2nd and 3rd Class pupils from Taney NS, Scoil Mhuire Ballyboden, St Kilian’s German School, Guardians Angels and Rathdown School have been working hard with their teachers for the last month and on Monday 9th December they got to perform a piece of Shakespeare on our main stage – no mean feat for anyone!
The  process began several months ago, each class chose one of the following Shakespeare poems:

Kate then went out to each school to workshop with the class and their teacher – this involved how to present yourself on stage, how to warm up, learning your lines, projecting your voice, the meaning of each phrase and a bit of the history of Shakespeare and his work.  This is a perfect way of introducing Shakespeare to young children before they face his work in Second Level.

Each class then performed their piece on our main stage, selecting their own backdrop image, some used their own props and costumes and almost everyone had their lines fully learnt! It was a fantastic day, we even had a COURT JESTER straight out of a Shakespeare play! and a COMBAT CHOREOGRAPHER who demonstrated what weapons people use in Shakespeare’s work.