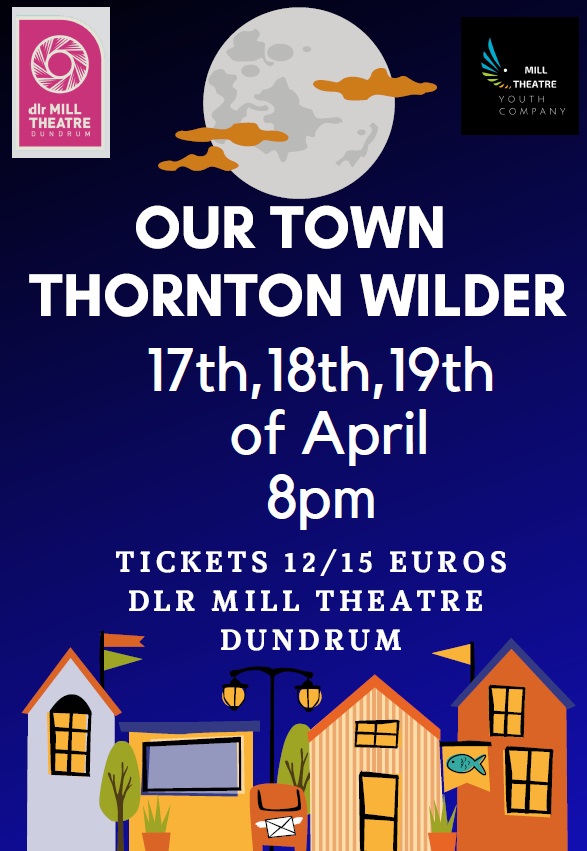 We have our own YOUTH  THEATRE COMPANY and next week they perform Thornton Wilder’s OUR TOWN. It’s the second year of the company – students from all different schools attend classes/workshops each Wednesday evening, all free of charge.

This timeless drama of life in the mythical village of Grover’s Corners, New Hampshire, has become an American classic with universal appeal. Thornton Wilder’s most frequently performed play, Our Town appeared on Broadway in 1938 to wide acclaim, and won the Pulitzer Prize. From the very beginning, Our Town has been produced throughout the world