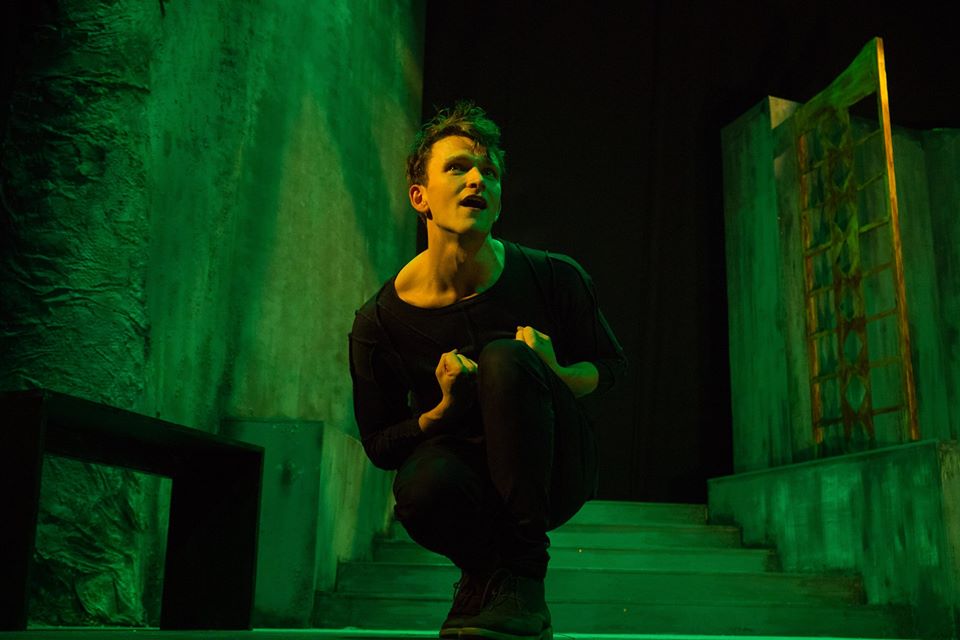 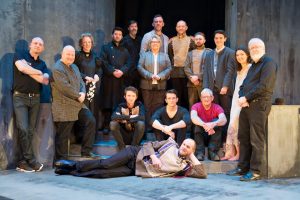 Our FOUR week run of Hamlet ended on 28th October and it could not have gone better.
Here’s what some schools had to say about the production:

“Just a quick message to let you know how much we all, at Colaiste Choilm in Swords, enjoyed the performance of “Hamlet” recently.
The character of Hamlet was perfectly portrayed and even more brilliantly acted. The actor’s interpretation of the character and his performance was nothing short of intriguing and amazing. He lit up the stage and certainly kept our students engaged from beginning to end. Hamlet’s madness became very real and relatable as well as fascinating. One student remarked to me after that he hadn’t imagined Hamlet to be so full of energy, passionate and sometimes even violent. This, I think, helped the students to see Hamlet as the complex, multi-faceted character that he is as oppose to just the procrastinator.
The projection of the ghost was equally brilliant and clearly appealed to an audience of the 21st century. It was engaging and as just as dramatic as Shakepeare would have intended.The director’s prologue helped the students make sense of this very personal and domestic tragedy and for me made me realise that the story begins and ends with Hamlet overwhelmed and drowning in grief and that all else in the plot springs from this. The very raw and simple portrayal of Ophelia’s death and burial was powerfully sad and perfectly highlighted how the pure and innocent became embroiled and destroyed.

Finally, our students remarked on the comic elements in the production that they didn’t pick up on in the audio version in class or from the text. They laughed at the interaction between Polonius and Hamlet much more than they expected to! All good – anything to keep them interested in a play that was written over 400 years ago!!”

We welcomed almost 6000 students to HAMLET and we look forward to our next Shakespeare production ROMEO AND JULIET in February 2017.